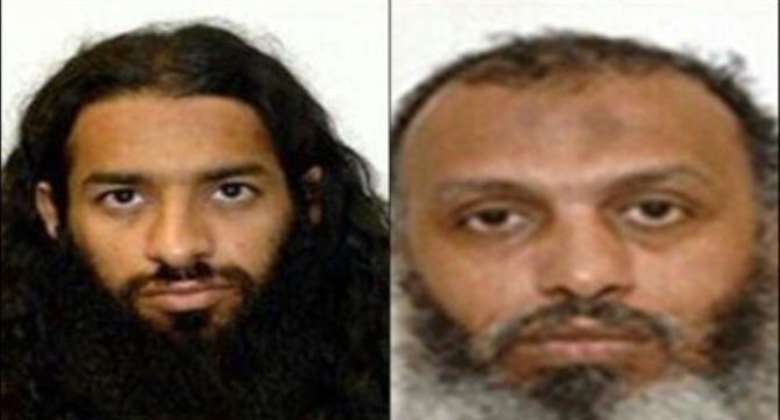 Granted that we live in a global village and that countries are in one way or the other are interdependent yet; no sane leader of a country on this planet goes to the other to import certified bad products for their citizenry! Such a leader would be considered at best bonkers and at worst pure evil! It is therefore shocking for our President to appear to consciously or unconsciously romanticise terrorism at the expense of Ghana’s unity with a single stroke of bad decision to bring in Mahmoud Omar Mohammed Bin Atef and Khalid Mohammed Salih al Dhuby. The seismic quake in our socio-political discourse since news broke of the presence of the two individuals in our country is testament of the uneasiness people feel right now.

The decision to bring the two ex-Guantanamo detainees here was a big needless gaffe especially in times like this given what is happening around us in the West African sub region. Terrorism is gaining roots everywhere and Ghana can ill-afford to see itself as an island of peace insulated from terrorists and acts of terrorism. Mali has been grappling with terrorism for some years now. Almighty Nigeria has been held at the throat by Boko Haram for 7 years now and on Friday, 15th January 2016, Burkina Faso were kicked in the cojones when terrorists struck at the Splendid Hotel right in heart of Ouagadougou leaving 27 Burkinabes dead. Bringing it more closer home, the Konkomba and Nanumba war some years ago and the concomitant hardship it wreaked on our brothers and sisters up north is still fresh in our minds. The perennial skirmishes between the Abudus and Andanis are still a conundrum nation is still struggling to unravel. Similarly, the recent discovery of cache of arms in Kumasi is actually unravelling the deluded belief that Ghana is an oasis of peace. No! We are not and that’s why the decision to bring in Bin Atef and al Dhuby is fiendishly unconscionable.

As for the President’s sophomoric excuse of showing “compassion” to the two Gitmo detainees, the least said about it the better. How compassionate has the President been to prisoners at Nsawam? As I write this piece, there are people who have been at Nsawam prisons for 20 years on mere suspicion. Do Ghanaian nationals not need the President’s self-aggrandising “compassion”? That incoherent lecture to Christians about compassion was lame and laughable and that is why I totally agree with the Catholic Bishops Conference when they said that the President should have tinged his new-found “compassion with common sense.” After all, “compassion” is not a blank cheque, neither should it be given carte blanche.

The President smuggled such people into the country in blatant disregard for the constitution and on the blind side of parliament and yet have the temerity to lecture people of their lack of compassion? Indeed everyone concerned about this issue is grateful to Fox News for breaking the news to Ghanaians in particular and the world at large. Ghanaians would never have known about this matter. While the President is still on his compassion trail, the people of Afghanistan have suffered for far too long from the hands of the Taliban; maybe President Mahama could go over and bring the Taliban fighters here so that the Afghans could have a bit of relief. Or how about bringing Al Shabab and Boko Haram fighters here to free both Kenya and Nigeria of the scourge of those groups? Are Kenyans and Nigerians not deserving of “compassion” from His Royal Compassionate President, John Dramani Mahama?

The fact is, people are apprehensive about the presence of the two ex-Gitmo detainees because they still pose a modicum of threat and that is why Obama wants those individuals far removed from mainland America. If America, the only super power in the whole wide world with its military and financial clout were not able to exorcise Bin Atef and al Dhuby of the risks they pose, then how could Ghana; a country whose border security at best of times is as tight and secure as an old and disused Elmina fishing net? Under very the big noses of national security, a bright young Ghanaian graduate got radicalised by ISIS and ended up fighting in Syria in 2015 and up till today, national security have not debriefed the country about how the young man got radicalised and what they have done so far to stem the tide. How then could the national security monitor these two individuals? Both Ben Atef who fought with Osama Bin Laden and al Dubhy who was trained by the Taliban in terrorism in Afghanistan are too sophisticated and could easily dribble our national to evade being detected.

It is so sad how simplistic government and its ministers describe the two individuals. Indeed America’s respected Wall Street Journal’s edition on Friday 15th January, 2016 published that President Mahama’s “…description isn’t true for either of the men. Mr. Atef, in particular, is a cause for concern. Long before his transfer, the intelligence analysts at Joint Task Force Guantanamo assessed him as a “high risk” and “likely to pose a threat to the US, its interests and allies.” (The JTF-GTMO threat assessments of 760 Guantanamo detainees, many written in 2008, were posted online in 2011 by WikiLeaks.) It is easy to understand the analysts’ worry about Mr. Atef. He was, they said, “a fighter in Usama bin Laden’s former 55th Arab Brigade and is an admitted member of the Taliban.” He trained at al Farouq, the infamous al Qaeda training camp in Afghanistan, “participated in hostilities against US and Coalition forces, and continues to demonstrate his support of UBL and extremism.” Most ominously, the report warns that he “has threatened to kill US citizens on multiple occasions including a specific threat to cut their throats upon release.” This is why Ghanaians are worried.

The government’s communication department is working in overdrive to hush divergent opinions this issue has generated. Abraham Amaliba, a member of the NDCs legal team on Joy FMs News File programme on Saturday 9th January 2016 argued that one of government’s reasons for accepting the former inmates of Guantanamo Bay “…was to correct wrongs perpetuated by United States of America.” How can a small developing country like Ghana “…correct the wrongs perpetuated by America…” against countries or individuals? Such callous and thoughtlessness! The truth is, President Obama is fighting for an enduring legacy and in so doing, implementing his campaign promise by closing down Guantanamo Bay Detention Centre and placing the ex-detainees far away from American soil whereas our sovereign President poignantly divides Ghanaians along religious lines to help President Obama fulfil his dreams! With that ill-advised decision, one wonders if President Mahama gave a thought to his own legacy! If our President is happy to sacrifice Ghana for President Obama to cement his legacy then our country is in perilous times. The country is sitting on a time bomb! Before the arrival of the two Gitmo detainees, one could not tell a Ghanaian Christian or Muslim from each other. We had lived together for so long with no defining line.

However, since the government unleashed its “babies with sharp teeth” on the Catholic Bishops and anyone who espouses a dissenting view from that of the President and with Chief Imam’s spokesperson wading in with his veiled attack on the Catholic Bishops; I’m afraid Ghana is not going to be the same again. I love my Muslim and Christian brothers and sisters equally and this would not change me however, would everyone have the same mind-set from both sides?

Suffice to say though that the presence alone of Mahmoud Omar Mohammed Bin Atef and Khalid Mohammed Salih al Dhuby have created a big problem already without them setting out to commit any act of terrorism! That is how bad the situation is right now!! Not only is the nation split between NPP and NDC lines. It is sadly degenerating into Muslim and Christian sections though both Ben Atef and al Dhuby are not even Ghanaians and I dare say the carnage they seek to unleash on humanity is un-Islamic! Is this what President Mahama wants to bequeath to the country as his legacy? President Mahama and his ministers’ attitude is exactly like that of biblical King Rehoboam. When Rehoboam succeeded his father, the Israelites went to him to ask him to make life a little bit easier for them as Rehoboam’s late father had made life difficult for them.

Rehoboam retorted thus; “…Yes, my father laid heavy burdens on you, but I'm going to make them even heavier! My father beat you with whips, but I will beat you with scorpions!'’ (1 Kings 12:11). Perhaps someone would read that portion of the bible to President Mahama for him to know what happened to King Rehoboam in the end. For now, Ghanaians may rant, rave, shout and scream but His Royal Compassionate President would not care less! I guess he still suffers from residual symptoms of the “dead-goat” and “yentie obiaa” syndrome.

Both Bin Atef and al Dhuby may not engage in any acts of terrorism however, their presence alone has already created a huge social, religious and political schism that Ghana may not be able to recover from. We had enough problems without their presence adding to an already bad situation.

Could the security agencies assure Ghanaians that these two are not going to serve as a conduit for other terrorists to clandestinely set up camps in the country? Would the presence of the two gentlemen not awaken the confidence of local elements who are perhaps already radicalised to act on their fantasies? So while the wailing and gnashing of teeth in Nigeria is still loud in our ears from the torment Boko Haram are wreaking in that country, His Royal Compassionate President chooses to romanticise terrorism to the detriment of Ghana’s unity! Well, President Mahama is welcome to massage his “compassionate” ego on this important issue but should remember that if it ends up falling on our heads, his skull will be the first to crush! Terrorists and acts of terrorism are an anathema everywhere in the world and Ghana is not be an exception.

I'll hand over power to the next elected president on 7th Ja...
47 minutes ago

[VIDEO] Ghana is hot; our girlfriends are moving to Togo – J...
56 minutes ago