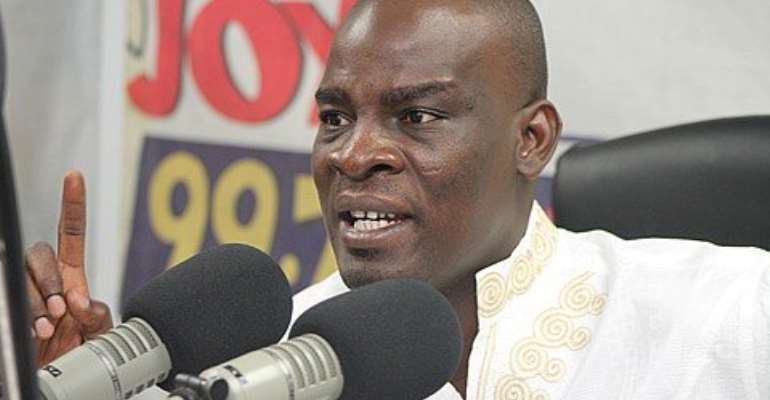 Government is making a last gasp appeal to workers to back down on the intended demonstration to protest worsening living conditions.

Labour and Employment Minister Haruna Iddrisu says no government will take pleasure in inflicting pain on its citizenry and the Mahama government is not doing same.

Ghanaian workers are crying over increases in prices of utilities as well as what they refer to as new "killer taxes" introduced by the government.

In December last year the Public Utility Regulatory Commission announced a 59.2 percent hike in water prices with electricity going up by 67.2%.

There was also the introduction of the energy sector levy on petroleum products which has shot the prices of fuel on the average of about 28 per cent.

There have also been the introduction of the income tax and other related taxes, all of which have increased the cost of living to many Ghanaian workers.

The taxes, government says is to raise revenue to resolve challenges in the power sector but the workers are not convinced with the explannation.

The workers, after two unsuccessful attempts to convince government to reduce the prices of utilities as well as withdraw the energy sector levy, vowed to hit the streets on Wednesday to protest the killer increases.

But government is softening its stance. Labour Minister Haruna Iddrisu says the government, through a special committee has met officials with the PURC and a reduction in prices of utilities may be announced on Thursday.

He was quick to add however that whatever reduction announced by the PURC will eventually become cost to government.

He said if there is a reduction of about four per cent, in electricity, government will pay as much as $350,000 every month as subsidies.

He was also emphatic that government will not be able to do anything about the workers' request for the energy sector levy to be scrapped completely.

"Government is willing to accommodate a certain reduction in utility prices," he stated whilst appealing to workers to dialogue.

Demo to go ahead
While acknowledging the new posture by government, labour says its demonstration on Wednesday is non-negotiable.

Solomon Kotei of the Industrial and Commercial Workers told Joy News' Evans Mensah the demonstration will go ahead but they have also decided to back down heavily on a road map to protest the increase in taxes and utility prices.

He said they had scheduled another demonstration for next week but given the new posture assumed by government they are ready to back down on that one until they hear from government on Thursday, a day after their intended demonstration.

Meanwhile, the police say it is ready to provide protection to the workers on Wednesday.

Greater Accra Police PRO Afia Tengey says if anything does not change, they are ready to supervise the demonstration on Wednesday.

She said the demonstrators will use the traditional route- start at Obra spot at Circle, throught to Pharisco Junction to TUC.