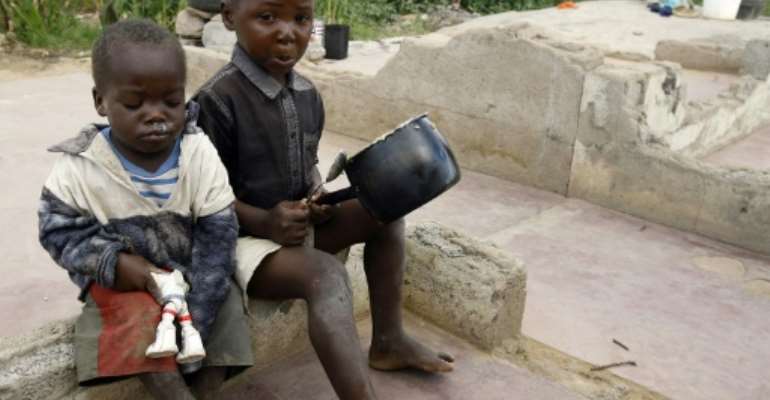 More than 1.5 million people are facing hunger in Zimbabwe, according to the WFP. By Desmond Kwande (AFP)

A poor harvest last year has been followed by an even worse drought this year caused by the El Nino weather phenomenon, the WFP said in a statement warning that "the outlook is alarming".

"The number of people without enough food could rise significantly over coming months as the region moves deeper into the so-called lean season... when food and cash stocks become increasingly depleted," it said.

"Particularly vulnerable are smallholder farmers who account for most agricultural production."

Little rainfall in 2015 has left 2.8 million people in Malawi facing hunger, 1.9 million in Madagascar and 1.5 million in Zimbabwe, where last year's harvest was half of the previous year.

The WFP said food prices were rising across the region, with the cost of maize in Malawi 73 percent higher than average.

Last week, South Africa said it would have to import half its average maize crop after 2015 was declared the driest year in the country for 112 years.

Sparked by warming in sea surface temperatures in the equatorial Pacific, El Nino periodically wreaks havoc on world weather patterns, causing drought in some parts and floods in others.