I Had HIV! Dzidzor Confesses 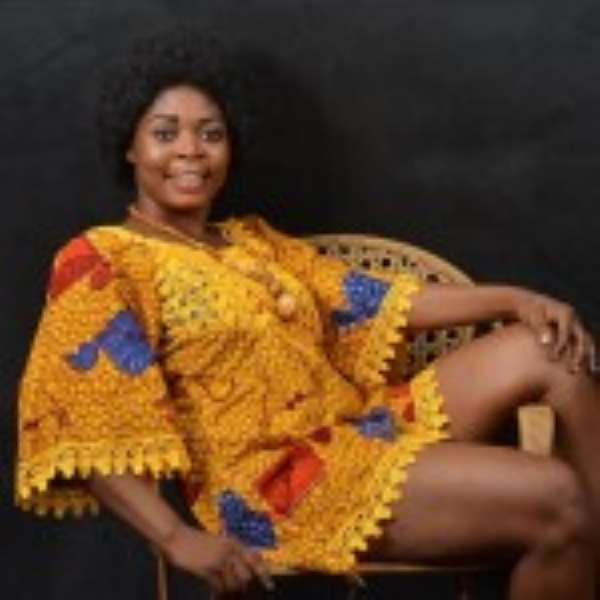 Former AIDS Ambassador, Joyce Dzidzor Mensah, who triggered controversy following her denial of being HIV positive, has explained why she took that decision, confessing that indeed she was HIV positive.

She apologised to President John Mahama as Chairman of the Ghana AIDS Commission for the false campaign she carried out, which had caused the Commission to withhold monies due her.

“I therefore humbly request of him to pay me my compensation and my shelter which was agreed upon since Madam Angela has taken it away from me. I do not need a lawyer since I am wealth-less to fight the state. But I will leave the entire nation only to the judgment of the Almighty God if I am still denied my right,” she said.

In a statement released to DAILY GUIDE yesterday, Dzidzor claimed that she was indeed HIV positive but her continuous use of anti-retroviral medication had cleared her of the virus, describing the development as a miracle and apologising to Ghanaians for misleading the public about her previous outbursts and lying about her HIV, which she tested positive in 2007.

She described her decision to publicly deny her HIV status as a wrong one which was informed though by her quest to seek a new life for her children.

“I am not a criminal, neither am I a fraudulent AIDS ambassador,” she claimed, adding that those who doubt her can go to the Police CID whom she claims she has given a go-ahead to disclose her true status which was recorded at the Korle-Bu Teaching Hospital.

“This was recorded at the Korle-Bu Maternity Block in the year 2007, 3rd September. The principal nursing officer was Joyce Dodoo, who conducted my first HIV test on 3rd September 2007,” Dzidzor posited.

She added, “Yes indeed my current HIV viral load test for some years now shows undetectable; meaning I have no virus in my blood anymore, which some may call wonders of scientific retro-viral drugs; but I see it as a miracle. And I believe any person living with HIV can also achieve with constant intake of the medication and with prayers.”

Asked when she carried out the last test in a follow-up interview with DAILY GUIDE from Germany where she is currently seeking shelter in a church, Dzidzor said she went for it four weeks ago.

It's not clear if she is seeking asylum in Germany since she claims that she was homeless in Ghana before travelling to the European country.

Her husband decided to flee Ghana due to the stigma associated with her status. A UT Bank loan she had collected for a film production incurred for her an overwhelming debt, she went on.

.
“My children started experiencing rejection at school, making my little boy always tell me he wouldn’t go to school again because he was being called AIDS boy. This broke my heart as a mother. I needed a new life for my children since Ghana as a nation left me to my fate after all I have done to achieve a great reduction in HIV new infections especially among pregnant women and their babies.”

On her agreement with the Ghana AIDS Commissioner and matters arising thereof, Dzidzor said having entered into the deal with the Commission five years ago to publicly give a human face to HIV with the stigma she suffered as an impetus, “I requested for shelter from the AIDS Commission which was agreed. The campaign finally kicked off with my images on billboards and my videos being aired across the nation. I have so far attended over 250 schools and an uncountable number of churches nationwide with my education.”

A year after her contract, she said, “Dr Angela El Adas, Director General of AIDS Commission, terminated my contract leaving me homeless, and my compensation for risking myself and family also taken from me.”

She claimed that the agreement was terminated because a gospel song she recorded 17 years ago surfaced, which according to her, the AIDS Commission boss said she was using the AIDS programme to promote.

“A journalist called Rebecca Awuah at GBC interviewed me on GTV and in the process showed a gospel music I recorded when I was barely 17 years. Due to that, Angela said I was using the HIV campaign to promote my music,” she stated.

Continuing, the controversial AIDS ambassador said some staff of the Commission said she belonged to an opposition party and so should not be made to continue with the programme.

“I heard some staff of the AIDS Commission say I belonged to an opposition party which I think may also be another factor for my termination,” she noted.

Lamenting her plight, she went on, “I was unable to attend a particular programme because my mother-in-law wasn't available to help with my new baby.”