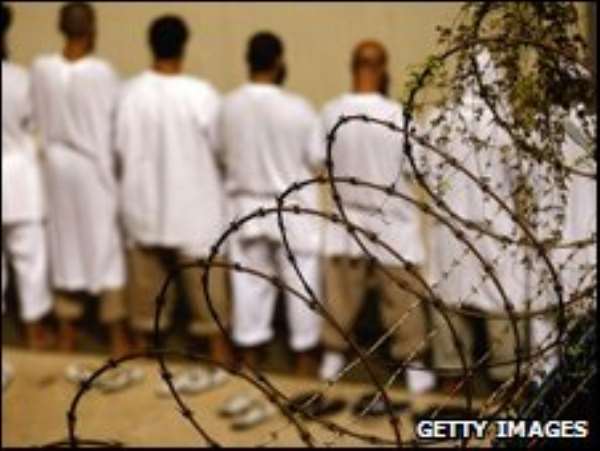 Ghana is currently ruled by a leader who identifies with the qualities and conducts enumerated above hence the people are agitated.

President Mahama believes that no Ghanaian has the right to advise him on governance unless the person has once been the President of Ghana. Subsequently, he has been taking decisions on strategic national issues on his own. All such decisions he takes turn out to be not in the best interest of the people and the nation. No wonder he claimed in his book to have never been able to take any sensible decision in his life since his infancy.

When there was no Ebola virus detected in Ghana or the disease not ravaging Ghana as it was doing to Liberia and Sierra Leone, President Mahama sought not only to have Sub-regional West African Ebola Centre built in Ghana but also, have Ghanaians vaccinated with Ebola vaccines that were in clinical-testing stage. Was there any intellectual reason or wisdom in his initiative? He had better research how drugs in clinical trial stage are used. They are not used on such a broad scale as he had wished, but on a limited voluntary basis.

Now, he has secretly over a period of one year negotiated and entered into agreement with America to dump two ex-Guantanamo Bay detainees on Ghana. No Ghanaian, except him and probably a few of his trusted NDC gurus were aware of when, how and why he arranged to get the ex-detainees dumped on Ghana. What are the terms of the negotiations, agreement and contract that necessitated the dumping of the two ex-detainees on Ghana?

As disrespectful to the people of Ghana as usual, he refuses to give us any tangible reason for accepting those people into Ghana. He feels nobody has the right to query him about his action seeing that he is the President of Ghana. Little does he know that even though he is the President, he is an employee of Ghanaians hence he is accountable to the people for the actions and decisions he takes?

Being crafty as usual, he is seeking an escape route out of the quagmire by whipping up the sentiments of the people through the evocation of religion. He claims Ghanaians are religious and compassionate so why cannot we accommodate the ex-detainees?

Bringing religion into the matter, saying Ghanaians are Christians so what the fuss about the presence of just two individuals in Ghana is where he has unintentionally ignited foreign or internal acts of terrorism against Ghana.

Now, some people may think we do not want them in Ghana because they are Muslims. This will incite the Muslims in Ghana to begin to have second thoughts. They may then decide to rally behind the ex-detainees by getting radicalised in a way. Once that is done, the problem of visitation of terrorist acts on Ghana has started.

Let me make a point clear to those trying to allow President Mahama run away from blame with his cheap religious evocation propaganda. Those fanatics who involve themselves in suicide bombings, beheadings of fellow human beings and pure hatred towards some people simply for where they come from or what faith they belong to are not MUSLIMS. They are evil fanatics according to proper Muslims.

Islam and Prophet Mohammed do not ask their followers to dress up in suicide jackets to blow themselves up in anticipation of killing many other innocent or guilty persons. The actions of such individuals are not Islamic. They are by such actions putting Islam in disrepute. Such persons are face-value (carnal-minded) Muslims if not pure evils. True Muslims do not share their views.

President Mahama should not try to bring in religion to justify his senseless decision of bringing the ex-detainees into Ghana in the first place.

Do the ex-detainees not have their own country to go to? If their country is at war against itself, did they decide on their own accord to seek refuge in Ghana? Were the American people stupid to have decided not to accommodate them in their country which is hundreds of times bigger than Ghana? If they themselves for their security and safety concerns had requested America to send them elsewhere other than their own country, then we may have to consider their circumstances but not where America in concerted effort with President Mahama dump them on us.

To President Mahama, I say, Money is not the end of everything so please curtail your silly quest for amassing all the wealth of the world to yourself. Again, please do take rational decisions that will make all or the majority of Ghanaians happy. Yes, you have to take hard decisions but they must not be dangerous and stupid!

I hear people call on Nana Akufo Addo to speak on this issue relating to the ex-Guantanamo Bay detainees. What has Nana Addo to say on this? Nothing!

Why should Nana share views on this? Will Mahama listen if Nana was to express a contrary view? No! Then why should Nana waste his breath in the first place? Let Ghanaians themselves deal with it.

Nana Akuffo Addo will not do anything that will anger all, or almost all Ghanaians. He will listen to the voice of the people and take decisions that will suit the people because he as a President, understands to have been mandated by the people to serve them but not to lord himself over them. Is this not the quality of a good leader?

He will be a democratic but not an autocratic or a laissez-faire President.

President Mahama has goofed. He has to own up and man up rather than worsening the situation by bringing in religion.