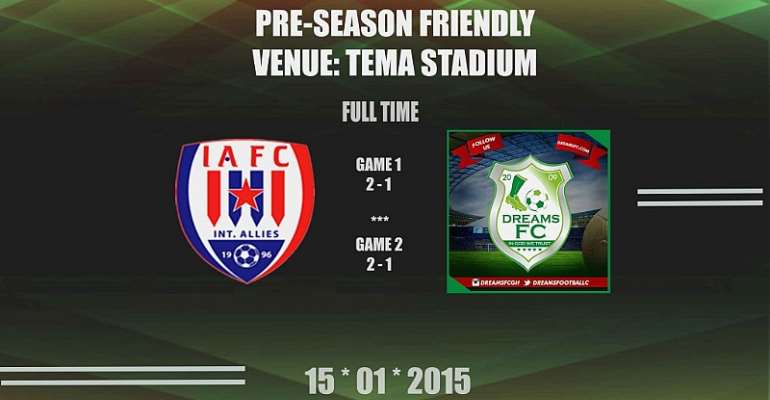 In the first match was played over 35 minutes each and Allies won 2-1.

Isaac Twum converted a penalty which was won by Lord Ofosuhene to open the scoring but Dreams equalized after the break.

The second match was played for 30 minutes each which also ended 2-1 in a favour of Allies with goals from David Tetteh (a trialist) and Kwame Karikari, a guest player.

Mahama was disastrous in managing Ghana’s education — NPP’s ...
33 minutes ago