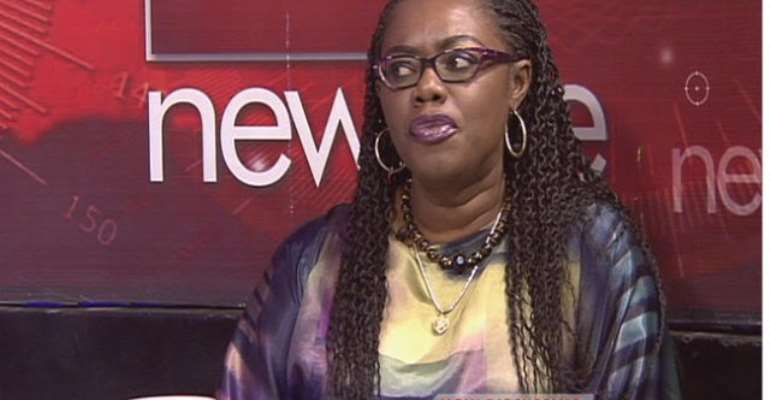 The New Patriotic Party Member of Parliament for Ablekuma West is accusing the president of willfully bringing two self confessed terrorists into Ghana.

Quoting Ghana's anti-terrorism act, part of which prohibits terrorists or suspected terrorists from entering into Ghana Ursula Owusu Ekufful said the president, his executive presidency notwithstanding, has sworn to uphold the laws of the country and must not be seen to be violating it with impunity.

She said the continuous stay in the country of the two terror suspects will be a continuous breach of the law and the president must apply the laws without fail by sending them back.

"Our president should be able to say I am sorry America we goofed we cannot do it because our laws prohibit it."

"We must apply our laws and send them back," she said.

She was speaking in an all female edition of Joy FM's Newsfile programme which also had Deputy Transport Minister Joyce Mogtari and Susan Adu Amankwa.

The admission into Ghana of the two Yemini terror suspects has created a huge controversy in the country.

While the government and its spokespersons vehemently support the decision, civil societies and religious groups have condemned it.

The fault lines in the controversial decision visibly played out on Newsfile with Ursula Owusu and the Convention People's Party's Susan Adu Amakwaa having a go at each other.

Laws
Ursula Owusu does not understand why her government will turn a blind eye, in fact, break its own laws while accepting to do America a favour.

"The president swore to uphold the law. By accepting to host these self confessed terrorist he has broken the law," she said, adding, "America knowing how dangerous these detainees are quickly put in place a law to prevent America from accepting them into their country... America is respecting that law and they are asking us to flout ours. As for us, our laws don't matter. The security of our nation doesn't matter." 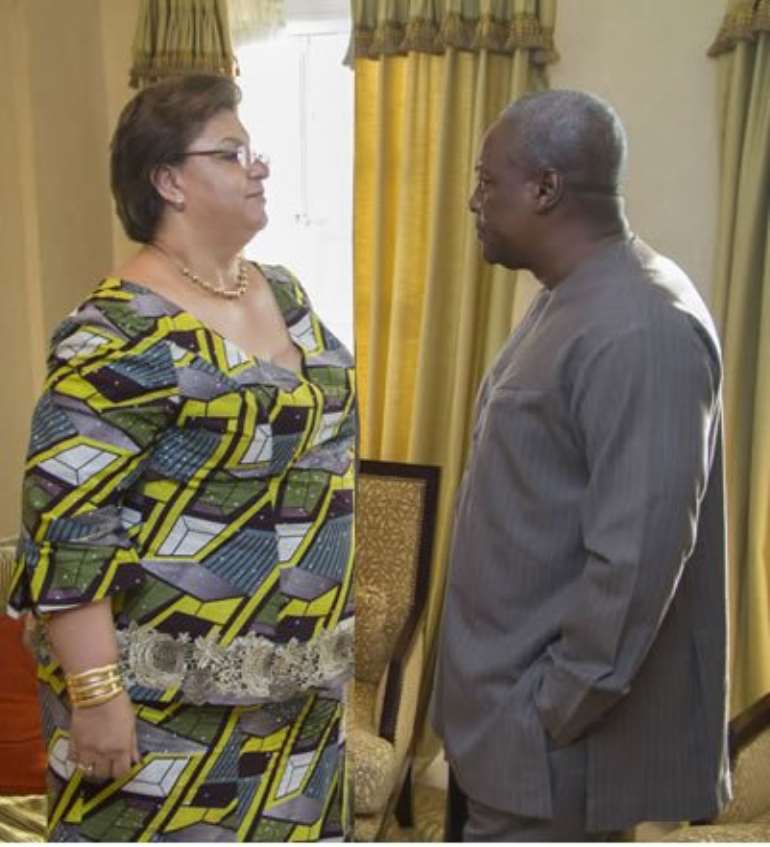 President John Mahama has suggested the decison was taken after a thorough consultaion with national security and that the security of the country was taken into consideration. But Ursula Owusu inferred that President John Mahama never consulted the National Security Council in taking the "reckless" decision to accept two suspected Yemeni terrorists into Ghana.

She said the "unwittingly honest" admission by Foreign Minister Hanna Tetteh and Interior Minister Mark Woyongo that they were partly or never consulted at all in the decision to bring the two suspects is evidence enough that the president perhaps consulted only his national security advisor before taking this decision and that is not good enough.

By law both the Foreign and Interior Ministers are part of the National Security Council and ought to have been part of this decision every step of the way, she pointed out.

Dismissals
There have been calls for the dismissals of both the Foreign Minister and Interior Minister for displaying some level of ignorance on the circumstance leading to the arrival of the two suspects.

Hanna Tetteh said she was privy to only part of the discussion that led to the arrival of the suspects whilst the Interior Minister said he was not privy at all.

Kweku Baako Jnr is one of those who believe the two ministers must be sacked because they gave the president away by their "indiscrete" admission that they did not have full knowledge of what had happened despite the crucial roles they play in terms of security.

But Ursula Owusu disagreed saying the two must rather be commended for speaking the truth irrespective of how unwitting they sounded.

"That our president sat somewhere in a room with the national security advisor and took this decision without consulting the council," she deduced. 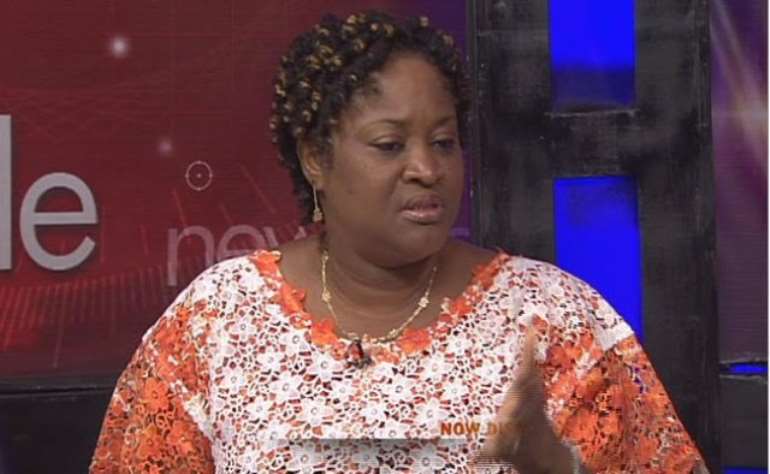 She said the utterances of the NPP member as well as others, some of which were uninformed only served to create fear and panic in the country.

She said like the ebola vaccine trial that was done in the country, a lot of uninformed opinions have hijacked the airwaves and are creating fear and panic when in fact there are professionals dealing with the situation.

"If the two suspects were self confessed terrorists, would the US set them free?" she asked.

While admitting there is some risk involved in allowing the two to live in Ghana for two years, "we shouldn't allow comments that will create fear and panic."

"It is alright for people to be afraid but we have to be careful," she indicated.