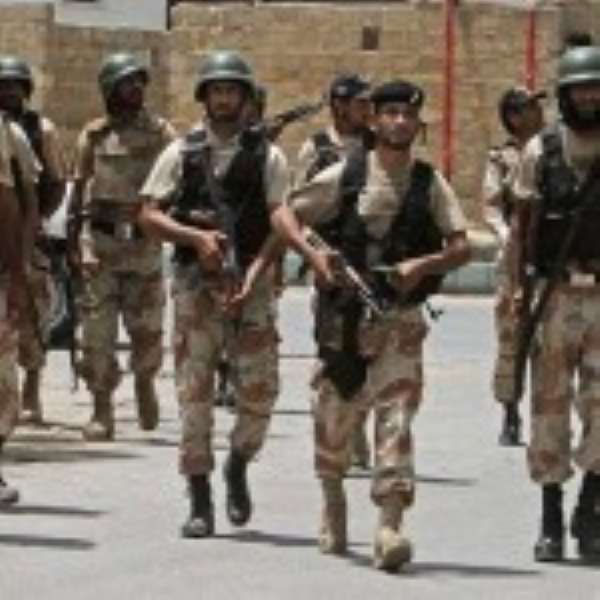 Fourteen people were arrested in a police raid on a mosque and seminary near the city of Daska, officials said.

The closures follow arrests this week of several members of the group, which India says was behind the recent assault on the Pathankot air base.

Jaish-e-Mohammad leader Maulana Masood Azhar is among those being held.

Seven Indian soldiers and six militants were killed in the gun battle at Pathankot , which lasted four days when heavily-armed gunmen entered the base dressed in Indian army uniforms.

The attack came days after the Indian and Pakistani leaders, Narendra Modi and Nawaz Sharif, met in Lahore to launch a surprise peace initiative.

Pakistan in the aftermath of the attack said that it would take action against Mr Azhar’s group whose headquarters are in Punjab province.

India has repeatedly accused the government of Prime Minister Nawaz Sharif of providing militants with a sanctuary. ‘Sealed off’

“Officials of the Counter-Terrorism Department raided the Jamiatul Nur seminary in the Daska area on Thursday and arrested more than a dozen people,” Punjab Law Minister Rana Sanaullah told the Reuters news agency.

.
“The seminary has been sealed off and documents and literature have been confiscated from the premises.”

Mr Sanaullah said other offices and seminaries administered by Jaish-e-Mohammad were also raided and closed, in addition to numerous arrests.

The law minister in a TV interview on Thursday said that Mr Azhar had been taken into “protective custody” prior to a decision being taken as to whether he should face legal action for his involvement in the Pathankot attack.

He said such a move would only be taken if it were proved “beyond doubt”.

There has been no response so far from Jaish-e-Mohammad to the latest raids.

India on Thursday announced that it would re-schedule diplomatic talks with Pakistan which were postponed after the Pathankot attack.

It is not clear if any action has been taken by Pakistan against Jaish-e-Mohammad’s two major seminaries in Bahawalpur, which many say serve as the group’s headquarters.

Started by Muslim cleric Maulana Masood Azhar, Jaish-e-Mohammed has been blamed for attacks on Indian soil in the past, including one in 2001 on the parliament in Delhi which took the nuclear-armed rivals to the brink of war.