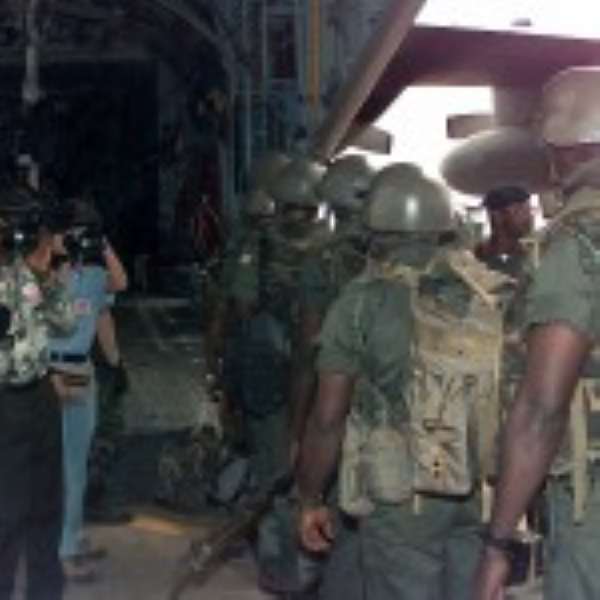 A detachment of military personnel on Wednesday landed on the soil of Agogo in the Asante-Akyem North district of the Ashanti Region to forestall a potential upheaval following the gruesome murder of a popular fetish priest by a Fulani herdsman.

Thirty-year-old Akwasi Badu was reportedly shot to death at close range in his farm on Monday by Aliu Baba, a 16-year-old Fulani cowboy, after the victim protested the grazing of his farm by cattle that were being tended by the teenager.

Peace in the area has been very fragile due to tension between local residents and Fulani herdsmen.

Ashanti Regional Minister, Peter Anarfi Mensah, said the latest development renewed the existing tension that tended to breach the peace and security of the area, which therefore, compelled the Regional Security Council (REGSEC) to send military personnel to deal with the situation.

He told DAILY GUIDE in an interview that even though the soldiers had since been withdrawn, it was most likely they would be sent back to flush out the Fulanis and their cattle from the area after a review meeting by REGSEC.

“We have also decided to link up with the Eastern Region to draw a strategy so that we can put up a common front to combat the situation,” Mr. Anarfi Mensah disclosed.

.
The regional minister, who assured residents of maximum security and protection of lives and property, indicated that the security officers had been able to bring the tension under control.

“We have not let the people down. In fact, our [security] men have been on the ground since; only that we reduced the numbers because in the rainy season these people move about. It is only in the dry season that you see a bunch of Fulanis and their cattle moving into the area,” he noted.

According to him, the tenacity of the various security agencies to deal with potential threat and breach of security had kept the Ashanti Region in peace, with accompanying reduction in crime wave.

Mr. Anarfi Mensah commended the police for their thorough vigilance and hard work, and charged them to keep it up.

On the re-occurrence of fire outbreaks at the Kumasi Central Market, the regional minister said permanent solution lies in the re-construction of the market that would take into consideration the various recommendations by fire officers and investigative committees.

He added that the Fire Service had also been instructed to put up a temporary fire station at the Roman Hill area as part of temporary measures to deal with the situation, aside sensitisation and education.