What Are Liberians Understanding Of An Educated Person?? 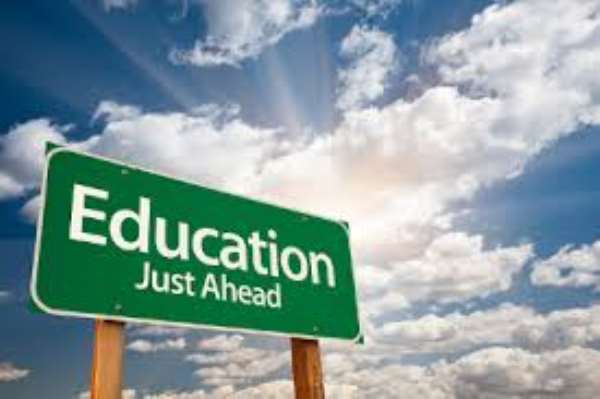 An educated person is one having acquired mastery of or skill which made him or her knowledgeable of issue arising for the well being of the common good of his or her community in deriving at a logical conclusion depending on the issues at based. Or in better words lettered, literate, scholarly and indeed well read.

Now to what’s Liberians understanding of an educated person? In today’s Liberia all that one hear or see is I got my master in this field or that field only on papers and lacking the requisite skills of been knowledgeable of the issues arising for the well being of the common good of his or her community!

Evidences’ are enormous with the ways and manners in which those considered “educated people” conducting the affairs of the people they inherit from successes regimes since the foundation of this nation known as Liberia with their lackadaisical approaches when these self style educated crooks fine themselves in the corridors of power!

In Liberia today, due to the lack of interest by good numbers of her citizenry especially the youth in reading and comprehending what was read! The few privileged so-called educated ones intimidate their less fortunate compatriots with their lousy speeches during electoral times in the name of manifesto at political rallies and every available gathering!

Let get this crystal clear, when I referred to the less fortunate compatriots in the Liberia society it in no suggest that they refused education but rather they were denied the opportunities to enter class room again due to the “educated people “tricks or criminal scam of not erecting the school buildings in these isolated communities that monies were made available in the national budget for its implementations’!

In the words of Comrade Professor Patrick P.L.O Lumumba of the great Nation of Kenya whose say’s and I quote “indeed the so-called free education provided by African leaders is free indeed because it is free of knowledge”!

So, is the Liberian scenario where in the so-called educated ones boast of erecting school buildings in these underprivileged communities in some instances with donors driven funding! But sadly enough, these crooks who find themselves in these privileged positions redirect these funding to their personal usages at the detriment of the poor masses!

An educated person, or group of them are those referred to as think tank which is a group of people who think of new ideas on a particular subject or who give advice about what should be done for the betterment of the any given nation and its people! Most of Liberia’s educated elites in many cases lack these values systems and due to the poverty levels, this has compared less privileges Liberians from ever sphere of the Nation to give into everything that comes their ways in the name of survivability!

It keeps one wondering as to what measures or yard sticks the voting population often use to replace politicians who are considered the EDUCATED PEOPLE that always derived at the same results despite their fake manifestos that are never applicable as long these crooks find their ways into the corridor of power?

Unfortunately, for many Liberians who based their judgments and choices on their tribal links despite the decimal performances of those they entrust with administering their affairs and yet still failed to come up to the realization of today’s realities that requires proper stewardship alongside accountabilities’ are the worrying signs in Liberia even with pending elections!

From all indications, it seems to me that those considered educated people in the territorial landscape of Liberia themselves don’t understand what it meant to have the opportunities to acquire knowledge of all magnitudes from a Nation that is listed 5th amongst the five poorest Country in the World in which research available on the internet say’s that all infrastructures health and basic social needs are non-existence in the midst of most of the needed natural resources that any country may pray for!

For argument sake, let’s agreed that this present crop of personalities that are currently parading the corridors of power are the cream de la cream when it comes to Liberia’s standard of intelligential educationally. Yet this Nation, Liberia and its almost 4 million inhabitants find it very difficult to feel the impacts these so-called educated crooks on their persons talk less of their communities what an irony!

If these self style educated crooks whose some of them benefitted from the tax payers hard earn salaries cut and natural resources in term of over sea’s education will be allow the opportunities to continually sojourn in their misrule and running dry the national coffer at the detriments of you the Masses and all you get in return for twelve years is abject poverty, lack of better health care and modernized educational facilities! Then Liberians must have themselves to be blame again in the pending 2017 general elections!

The author Joe Noutoua Wandah is a Liberian broadcast journalist who often speaks and writes on issue of national concerns for the wellbeing of the down trodden Masses for their betterment.