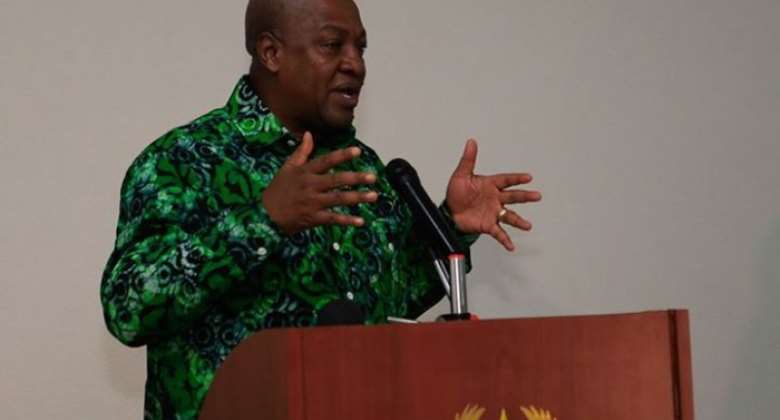 All credit goes to Nii Bavard, one of Ghana's finest satirically creative writers, for propounding the above title of this write-up in reaction to the mockery of our president. Yes, social media in Ghana, especially WhatsApp, was probably flooded with a humorous message aimed at displaying Ghanaians' displeasure with the accommodation of freed Gitmo detainees in Ghana.

The humiliating-cum-satirical piece of message disclosed that, "Kwame Nkrumah brought Queen Elizabeth to Ghana in the 1950's, John Jerry Rawlings brought Bill Clinton to Ghana in the 1990's, John Agyekum Kufour brought George Bush to Ghana in the 2000's, John Evans Atta Mills brought Barrack Obama during his presidency, but John Dramani Mahama could only bring 'terrorists' to Ghana." Ha-ha, that is the satirical spirit of the typical Ghanaian at work for you!

But we have been told that Umar Muhammad Bin Atef and Khalid Muhammad Salih Al-Dhuby, the Guantanamo Bay ex-prisoners, were perceived terrorists from Yemen who were detained without trial. And after more than a decade in incarceration at the Guantanamo Bay, the government of Ghana agreed to accept these Yemenis in our country upon USA's request.

And ever since these Yemenis were reported to be coming to Ghana, and more importantly, have touched down in our land of absolute peace, love and harmony; there has been an intense brouhaha in our sociopolitical atmosphere. For some believe it is a breach of public security and thus unwarranted! Yet Mahama thinks the security of Ghana has not been compromised, adding that, Ghana is free from terrorism irrespective of the stay of the released Gitmo detainees here in Ghana.

Now I can only assume that our president, an acclaimed communications expert, will be willing to clear the air by declaring that "I brought Bill Gates to Ghana in 2013." Okay, Bill Gates is not the president of America, but he is the richest man in the world today. However, Bill together with his lovely wife Melinda came to Ghana in March 2013 to monitor the progress of health projects funded by the Gates Foundation.

Gosh, this shows that our humble but often vilified president has been justified by that irrefutable revelation! Your Excellency, Nii Bavard and Sir Article have defended you with a great deal of courage and smartness. Therefore, we jokingly ask that you reward each of us with a Cantoments house just as you did for the brave taxi driver who recently derailed the famous armed robbery attack in Accra.

I'll hand over power to the next elected president on 7th Ja...
26 minutes ago

[VIDEO] Ghana is hot; our girlfriends are moving to Togo – J...
35 minutes ago