NCCE activates campaign to whip up public interest in 2016 polls 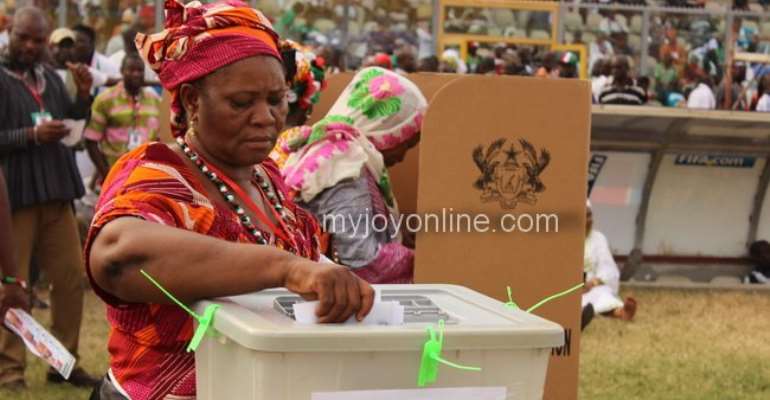 The National Commission for Civic Education (NCCE) has rolled out quarterly strategies aimed at engaging electorates and political parties ahead of general elections in November.

Key among the strategies is a Focus Group Discussion to identify matters of concern to voters.

The NCCE will also engage with presidential aspirants on election matters including a dialogue on supremacy of the Constitution as well as discussions on how to stamp out the culture of tolerance and the respect for all electoral regulations.

These plans were outlined by Deputy NCCE Commissioner, Samuel Akuamoah, during a press briefing Wednesday.

The agency will also hold Inter-Party Dialogue Committees (IPDCs) to promote healthy political activities at the constituency level through constant dialogue and engagements with key stakeholders.

There would also be collaborative engagements at flash points for electoral conflicts in a bid to encourage peace before, during and after the general elections.

The NCCE says it is well resourced to carry out these campaigns.

Mr Akuamoah said “those of you who perceive as [NCCE] to be a poverty stricken organization, you are leaving in the past. We are not that poor.”

He adds that Ghana’s development partners, such as the Europea Union, have pledged to fund NCCE activities.

“We also have a budget with government which we are also going to plough to also support whatever we do,” he said.

The Commission has over the years been thought to be inadequately resourced by successive governments.

The development has been blamed for the often poor education on key national policies and events including, elections. For instance, the overwhelming number of spoilt ballots during the 2012 elections has been attributed to the lack of education on voting processes.

Civil society groups have argued that the situation would have been different if the NCCE was well resourced to render effective education to the populace.