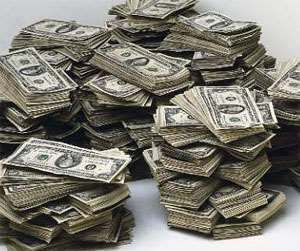 “Business will be smaller without reinsurance in Africa, because the perils preserved will only be roofed by the capital of the insurance companies, but reinsurance comes to supplement the capacity to undertake probability,” said the Group Managing Director and Chief Executive Officer of Africa Reinsurance Corporation (Africa Re), Mr. Corneille Karekezi, at the 42nd African Insurance Organisation (AIO) Conference and General Assembly, which held in Tunis in 2015.

Being a pan-African reinsurance company today and the largest private reinsurance player on the continent with a ‘Plc’ suffixed to its title, many of the ilk of the Continental Reinsurance Plc that geared on formation to provide the necessary mainstay capabilities to Africa’s insurance and reinsurance needs, have bitten the dust.

The operators of reinsurance sector in Africa have allowed their strategies, which were to target opportunities inter alia, in construction, marine, aviation, oil/gas, and engineering insurance, be hijacked by their foreign counterparts. Noticing this occurrence, insurance experts at the summit, made a call across the continent of Africa that the insurance and reinsurance sectors are losing money amounting to billions of dollars to their counterparts across the world.

Karekezi exposed that no fewer than 80 per cent of oil and gas and aviation insurances are lost to foreign insurance and reinsurance sectors yearly. He, however, gave reason why this is so: It is due to lack of capacity by African operators. The expert lamented that there is lack of cohesion among the operators in the continent to really boost the sector; hence foreign operators took the advantage to rip the continent of large premium every year.

The highlight of it is that the scarce source to fund the sector and the kwashiorkor-way of competing are telling on the sector. For example, Lady Isioma Chukwuma, the Managing Director, Nigeria Reinsurance Corporation (Nigeria Re), at a two-day training workshop on ‘Reinsurance Principles and Practice’ organised by her reinsurance company, told News Agency of Nigeria (NAN) that she was worried about the development.

Represented at the event by Executive Director, Marketing and Customer Loyalty, Nigeria Re, Dr. Yele Akinrolabu, Lady Isioma opined that there is need for improvement. She averred that there should be a serious work on the underwriting business in the country, because some insurance operators in Nigeria exhibit bad underwriting.

Media reportsenthused, “The Africa Re boss points out that insurance companies cannot underwrite catastrophic risks without reinsurance and stresses the need to have high insurance penetration in Africa because this will increase opportunities for the underwriters and reinsurers will also enjoy the same.”

In the light of that, some of the reinsurance companies on the continent have injected billions of dollars in the sector, yet profit is back-rolling. An illustration is the African Reinsurance Corporation (Africa Re) owners that injected over N1.9 billion into the company, representing a 96 per cent subscription in September 2013.

But evidence is that in Kenya, the country’s largest reinsurer – Kenya Re – in which government owns 60 per cent, had a shriveled market share in first quarter of 2015.

What might have caused the down-spiral of profit in Kenya Re could be hinged on corruption. The President, African Development Bank (AfDB), Dr. Akinwumi Adesina in December 2015 told NAN that Africa loses 148bn U.S. dollars annually due to corruption; of which the reinsurance sector was not exempted.

Business Daily Africa, accounted, “Data from the Insurance Regulatory Authority (IRA) shows the market share of Kenya Re in the general insurance business came down from 70.9 per cent in December for general business, having collected Sh1.4 billion in premiums by the end of March.”

Taking a clue from other climes on how to rejuvenate the reinsurance industry in Africa, a source in The Punch said that there should be preservation of premiums; it will help increase the individual countries’ Gross Domestic Product and supply finance to furnish developmental schemes.

“Statistics from the Sigma 2014 World Insurance Report by Swiss Re revealed that Europe generated $1.69bn premium, about 35.53 per cent share of the world insurance market and contributed 6.83 per cent to its GDP.

Oceania generated $100.14m premium in 2014 or 2.10 per cent of the world total, with a contribution of 5.92 per cent to GDP. Africa, which is the lowest, earned about $68.97m, which translates to 1.44 per cent share of the world insurance market, with the industry contributing about 2.79 per cent to the continent’s GDP,” the source said.

Hansa added, saying that greater localisation of the insurance supply chain would support the profitable development of Africa’s own sophisticated, specialist insurance capacity. And to enable this, African operators need to reap more benefits locally, meaning a higher percentage of premiums generated in Africa should remain in Africa.