God Is A Dictator 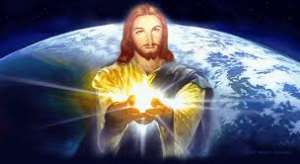 When you have absolute trust in your Medical Practitioner he tells you what you need to do to become healthy and strong again. Someone trying to discuss with him about the right way forward is a fool and will never be healed! The world we live in is a spiritual world. It manifests itself in the real word that we can see and feel; in which we act and unfold our destiny over time. GOD is a Spirit as only a Spirit can create a spiritual world and not human flesh.

GOD created Man as his superior creation and commanded him to worship and follow him on his path through the time of the universe. In his Holy Scriptures he has given us instructions of what to do and how to think. GOD has given us Commandments revealed to us by Moses and GOD’s own son Jesus Christ.

These are commands and not discussion points. He is very clear, follow me and obey my words, or I will not support you to achieve your glorious destiny but let you fall into the hands of the devil. This demonstrates that GOD is a Dictator in the best possible and needed sense!

Satan is a wicked Liar; he allows Man to start a discussion about the best way forward like we have seen with Adam and Eve and the snake as well as Jesus Christ experienced it 40 days in the desert. Before Satan takes actions to destroy Man, discussion is the trap to make Man feel comfortable and relaxed only to be eaten up in the course of events. Unlike GOD he is never straight forward in his demands holding his knife behind his back.

While Satan wants to destroy what GOD has so wonderfully planned and organized for his people, his creations to dominate the world, he cannot perform all tasked involved alone. For that reason he has organized himself perfectly well with Angles, Prophets, like Jesus Christ was, Apostles and Pastors.

GOD was letting his Son say that it is important to give onto Caesar what is rightful his by which he unmistakenly defined the role of World and Spiritual Leaders, while World Leaders must have the Bible in their hearts and spirits in order to be effective and positive Helpers to serve their people.

Everything on earth is under the command of GOD or left to the play game of the devil and his uncertainty.

Where GOD can see positive and effective Helpers, he himself does not need to come in to save his people. For this very reason Democracy is working well for Nations in which the discussion processes involved are well integrated in the concept of GOD’s Dictatorship.

Nations that have a culture of stepping outside of his Dictatorship and ruling over them by their own means and human understanding, are left into the hands of Satan and its wickedness to lead Nations into harmful wrong directions.

Where such Nations exist, these days mainly in Africa, the only healing process is to bring down directly from heaven the Dictatorship in which GOD is operating and set aside human failures.

A positive Dictator is a helper from GOD as he is working under his Authority and is anointed by him to take the right decisions in the real world on his behalf to save his people from destruction of the devil.

History has, unfortunately, seen too many Dictator from the devil being only interested in their own Glorification and well-being instead of glorifying the Creation made by GOD and serve his people.

In the ever more increasing crisis Africa finds itself in, the only way forward is not by debating endlessly in Parliaments until every MP and President was able to fill his or her pockets with loads of cash, but to allow the Kingdom of GOD, his Dictatorship, to be reflected in the real world and allow a Man send from him to perform like him in the Nations of Africa.

History has clearly proven, Democracy - for now- it not working for Africa!