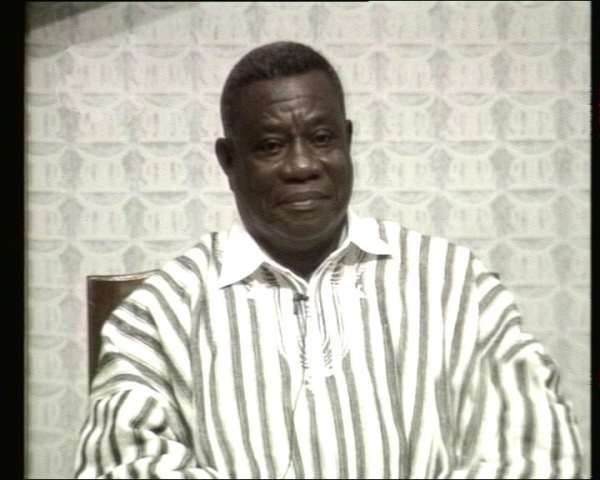 Accra, Nov. 17, GNA - Professor John Evans Atta Mills, Presidential Candidate of the National Democratic Congress (NDC), on Tuesday said the fight against corruption in the country can only be won if those at the helm of government lead by example.
"Tackling corruption should start with the number one man in the country. Corruption can only stand with examples set by leadership", he said.
Prof. Mills said this at a presidential debate organized by the Institute of Economic Affairs (IEA) in collaboration with three of the political parties taking part in the 2004 general election. Three out of the four political party candidates vying for the presidency with the exception of the New Patriotic Party (NPP) candidate, President John Agyekum Kufuor took part in the debate. The Presidential Candidates of the NDC, the People's National Convention (PNC) and the Conventions People's Party (CPP), took turns at the two-hour session to answer questions on the economy, good governance and the social sectors.
Prof. Mills said that to tackle corruption, investigations should be carried out by bodies that were not compromised and were fully funded, adding that, based on their findings, the law should be made to take its course.
He said if voted into power, he would personally set the example for others to follow and that his government would ensure that corruption was minimized to the barest.
Asked by the questioner, Mr Komla Dumor of Joy FM, an Accra radio station, whether he would repeal the law on "Causing Financial Loss to the State," Prof. Mills said the law would be reviewed because it was not synonymous with corruption.
He said there were laws that dealt with those who were negligent of their duties and pilfered public accounts, which had be made to take its course rather than the new law, "Causing Financial Loss to the State. Prof. Mills said that in as much as the country wanted to fight corruption, government had so far not talked about corruption even though allegations had been made a against certain people in its fold. Leadership, he said, must show its willingness to bite, and must treat everyone equally, no matter the position the person held, either in government or in society.
Asked how he would handle the Dagbon issue, Prof. Mills said, "We as a country can reconcile when the truth is known. People must be sure nothing is hidden from them".
He said the least that could be done about the issue was to find the perpetrators of the crime to heal the wounds, which was dividing the people of the area.
On the marital rape and the speeding up of the Domestic Violence Bill, Prof. Mills said violence should not be condoned in the country but cautioned that Ghana had to tread carefully on the issue of marital rape or it would be the first step to disrupting marital cohesion. Prof. Mills stressed the need for the country to come out with laws that were beneficial to the society and not those that could cause "mayhem" in homes.
Prof. Mills said that even though education was a right and not a privilege there were laid down procedures that had to be followed, in answer to a question on the revitalization of the country's polytechnics to reflect current concerns.
He said even though the country's polytechnics did not meet the criteria for accreditation to upgrade them, government should make sure that they were well maintained and resourced to attain levels they could be upgraded to degree awarding institutions to address the concerns of students.
Asked whether his government would continue the policies and programmes of the ruling government, the NDC Presidential Candidate said that his government would not proceed on the premise that all NPP policies and projects were wrong.
He said, however, that there was the need for continuity, adding that, if the policies and projects of the NPP government were reviewed and found beneficial to the country, they would be continued. "We should give credit where due", Prof. Mills said.
The debate to give a platform for the presidential hopefuls to lay bare what their parties had in store for Ghanaians, was attended by a cross section of the public including leading members of political parties.