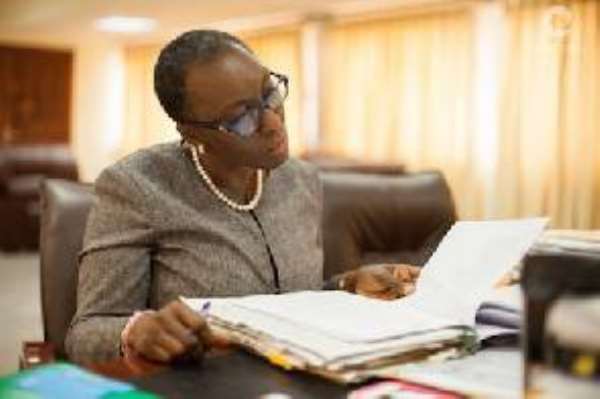 More than GH¢70 million involving corrupt cases, including those wrongfully paid to individuals, has been recovered and paid to the state, President John Mahama has said.

He explained that as a result of a directive to the Attorney-General (A-G) and Minister of Justice, money wrongfully paid to people was being recovered, all in line with his commitment to stamp out corruption.

President Mahama made this known when he met a section of journalists at a news conference at the Banquet Hall of the Flagstaff House yesterday to commemorate his third year in office.

He responded to questions, including those on energy, education, the extended credit facility with the International Monetary Fund (IMF) and security.

Fighting corruption
On the issue of corruption, President Mahama said the government had demonstrated its commitment to fight the canker, contending that his administration should be patted on its back for initiating investigations into and prosecuting its own appointees.

Making reference to investigations into the alleged financial malfeasance involving 163 directors of the National Service Scheme (NSS), he said the government had succeeded in retrieving GH¢20 million from them.

He said the deep perception of corruption was the result of the vibrant media, adding that the continued exposure of corrupt practices in the country created the impression that the government was neck deep in corruption when it was not the case.

The President said the vexed issue of corruption was more of a perception than a reality, explaining that the situation had been occasioned by the proliferation of the media in the country that had been constantly harping on the subject.

He gave an assurance that the government would continue to expose any wrongdoing involving both its appointees and public officials.

Complaints centre
President Mahama said he was taking the fight against corruption a notch higher with the establishment of a citizens’ complaints centre where National Service persons would be engaged to record complaints by people exposing corrupt officials.

Although he said he would spell out details about the centre in this year’s State of the Nation Address, he observed that the centre, when fully established, would encourage the rest of the citizenry to cultivate the habit of exposing people found to be engaging in corrupt acts.

Branded buses
When the President was asked about the brouhaha that surrounded the GH¢3.6 million expended on re-branding 116 public buses with pictures of him and former Presidents, he explained that the A-G sought another opinion from another company on how much that company would have charged if it had been contracted to re-brand the buses.

After realising that the GH¢3.6 was inflated, he stated, the A-G had met the lawyers of Smarttys Management and Productions, the company contracted to re-brand the buses, to agree on payment terms to settle the difference.

Latest Photo Reports
Catch up with all the political quotes from our politicians.
Advertise here
More Headlines
ModernGhana Links
I wanna sleep in jail for this — says Shatta Wale whiles leaving Court room
Foreign Ministry officially announces death of Ghana's Ambassador to Italy
Akufo-Addo to launch "Operation Clean Your Frontage" campaign at Independence Square
Government is committed to resourcing the Office of the Special Prosecutor - Akufo-Addo
Handling LGBTQ+ issue in a correct manner will be a credit to Ghana’s democracy – Akufo-Addo
Komenda Sugar factory 'collapsed' under Mahama; if not, why didn’t they go for that $24 million for raw materials? – Akufo-Addo
Jesus Ahoufe remanded, to appear in court on Monday
LGBTQ+: I was impressed by intervention of very renowned, well-positioned people – Akufo-Addo
Go complete Aflao E-block if you're giving ultimatum to my minister – Sarcastic Akufo-Addo tells angry Togbui Fiti
TOP STORIES