FEATURE: Why Africa must throw their weight behind Shaikh Salman for the FIFA Presidency 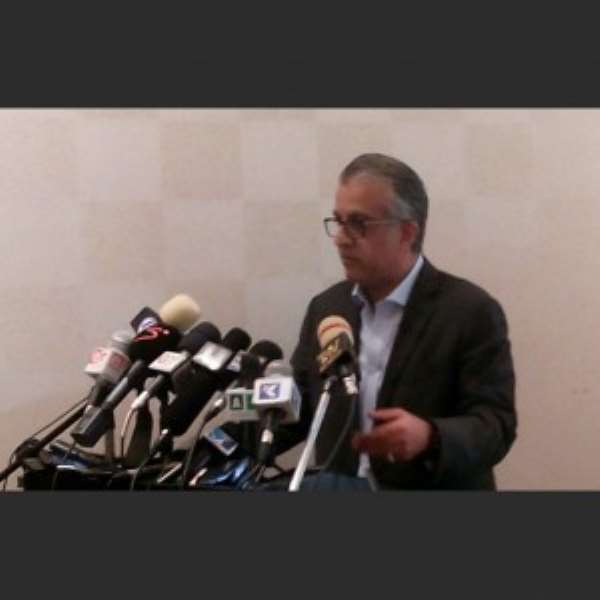 When I was in elementary school, I was compelled to learn Henry Clay Work's song entitled 'Grandfather's Clock'.

I only sung the song because I was made to sing to avoid being canned. Little did I know that it is the replica of life symbolically epitomized in the clock. I only got to know that when I started teaching and I also had to teach the song.

Below is the first part of the well articulated song:

'My grandfather's clock was too large for the shelf, So it stood ninety years on the floor;

It was taller by half than the old man himself, Though it weighed not a pennyweight more.

It was bought on the morn of the day that he was born, And was always his treasure and pride;

But it stopped short — never to go again — When the old man died.'

Transferring this into the current turmoil at FIFA which has led to the suspension of President Sepp Blatter, I remembered the song and told myself, the clock has tickled and finally it is over for Sepp.

The era of Blatter is finally over and a new era is dawning on us as football enthusiasts and administrators.

The power to elect a new FIFA President rests on the shoulders of the member associations and the confederations.

Africa has always been a great pointer in swinging the pendulum to the direction of who becomes the FIFA President and this is where we must make our influence felt.

Blatter had always relied on Africa, and truly he never felt disappointed.

The force Africa represents in the FIFA elections has been influential in determining who rules world football at any point in time.

All 209 of its member associations are entitled to vote, with each vote counting equally, regardless of the size or financial strength of federations.

The 209 voters each belong to one of six continental confederations: Europe has 53 votes, Africa 54, Asia 46, South America 10, North and Central America 35 and Oceania 11. Confederations often vote largely as a bloc, although there are always outliers.

This is where the role of Africa become crucial and as crucial as it is, Africa will determine who rules world football for the next four year.

Two of the Presidential candidates Shaikh Salman Bin Ebrahim Al-Khalifa of Bahrain and Prince Ali Hussein of Jordan visited the West Africa Zone B in Accra Ghana and their interaction with the media gave me my choice.

I had been scanning through the list of contestants for days without successfully settling on who should succeed Sepp Blatter but I have always looked for one thing; who loves Africa? And I think I saw it in one of the candidates.

Sepp Blatter has always been in love with Africa because of his love, affection and determination to help developing countries to rise to the level of the developed ones, and that has always won him the votes.

Listening to the two candidates who visited Ghana and their objectives, I think Africa will have no choice than to vote for Shaikh Salman Bin Ebrahim Al-Khalifa.

Despite the fact that he was honest in his interaction with the media about the current issues drowning FIFA, he did not hide the fact that football administration must be threaded on equal level and his love for developing countries appears unmatched.

After reading extensively about the various candidates vying for the top FIFA post, I identied traces of an organizer in Sheikh Salman and I think he is the type Africa needs to move to the next level.

The first thing that Africa must consider to throw their weight behind any candidate is the person's affection for the continent and his readiness to continue the Blatter legacy.

Blatter philosophy has always been to champion the developing countries to advance in development closer to their counterparts in the developed world. And with this philosophy, Africa has benefited greatly.

Taking the Ghana Football Association for example, the professional transformation seen under the current administration is largely credited to the outgoing Sepp Blatter for his FIFA Financial Assistance Programs.

Countries like Zambia, Senegal, Cameroon, Nigeria and all the other 51 African confederations will attest to the fact that Blatter has been of great assistance when it comes to policies implemented under his reign.

It is not surprising that Europe has always been in disagreement with most of Blatter's policies because they think such policies do not swing in their favour.

Afica hosted her first ever World Cup under Blatter's regime and the effects have been tremendously monumental for the continent in general and South Africa in particular.

And I do not want to believe that the continent would like to truncate such a philosophy which is under the feet of Sheikh Salman. Of course, every candidate has his plans and policies but continuing the legacy should be key in Africa's choice of FIFA President.

In Shaikh Salman, Africa already has a replica of the outgoing Sepp Blatter and championing the development of less-developed countries is guaranteed.

Sheikh Salman is already home and he must be made to feel as such.

Another point worth recognizing by Africa is the man's track record of dealing with crisis situations.

Reading through the profile of Shaikh Salman, I realized that after his graduate education at the University of Bahrain in 1992, his entire life has been football.

In 2008, he was appointed the Deputy Chairman of the FIFA Disciplinary Committee at Beijing and is currently the Vice President of the Bahraini Olympic Committee after being re-elected in 2013 for a second term till 2016.

Shaikh Salman was appointed a member of the FIFA Technical Committee tasked at improving the quality football in the world.

He is currently the President of the Asian Football Confederation and is credited transforming the AFC which was in serious turmoil when he took over.

When he was elected as AFC President in 2013, he inherited an organisation that was in grave disintegration. After working to find solutions for the associations and constructing a more financially sound and professional organisation, AFC is now calm and stable.

In only two years Shaikh Salman has also delivered significant improvements in both national and club teams competitions as well as in development.

Considering the vast number of individual, national, and regional interests he has been faced with in Asia - the most populous region in the world arguably - I believe that he will also be able to tackle those faced as FIFA's new President.

Experience they always say is the best teacher and Shaikh Salman has shown us the way. In experience and track record I trust and with the current turmoil at FIFA which has seen Sepp Blatter and Michel Platini suspended, his experience will be greatly needed to rebuild the image of FIFA.

Finally, the 3-Rs [Redefined, Restructured, Revitalised] drummed by Shaikh Salman in his campaign epitomizes how ready the gentleman is set to get FIFA back on tract.

For Africa, for football, for the development of football in developing countries, I strongly think this is a candidate who fits the bill.