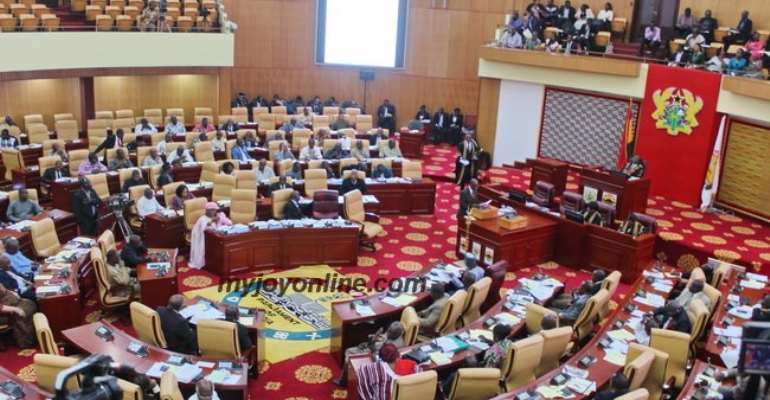 US-based research and education think tank, Africa Center for International Law and Accountability (ACILA) has urged Parliament to close the legal loophole that allowed the executive to take a decision to bring in two freed GITMO detainees to Ghana on the blind side of the public.

A statement issued by Mr. Executive Director of ACILA, noted that public uproar about the arrival of the freed detainees in Ghana strongly suggests that Ghanaians would have preferred a transparent process that would have ensured public participation in the decision-making process.

On best practice, Mr. Nyarko said that the United States of America where the detainees were transferred from and which we often look to for transparent governance examples, allowed the people’s representatives in the Senate and the public to weigh in on GITMO transfers to states in the US.

It would be recalled that President John Mahama stated at a press conference that he did not need to go to Parliament to seek approval from the people’s representatives.

However, Mr. Nyarko said that such a provision by law would have enabled Parliament and the public to weigh in on the decision and ensure collective ownership.

He said that the closest current law comes to in providing some level of external scrutiny without public engagement is Section 35(1) of the Anti-Terrorism Act (Act762) which allows the Ghana Immigration Service to deny entry to a person “if there is reasonable ground to suspect that the person is, will, or has been involved in the commission of a terrorist act”. Clearly, this law which provides discretionary power to an individual officer of the Ghana Immigration Service did not meet our needs, he noted.

Mr. Nyarko said that although the executive reserves the right to conduct foreign affairs on behalf the people without prior consultation on certain matters, public reaction to the GITMO transfers and similarly related matters would be an exception that would require public discussion and buy in, balancing security with the public right to know.

He noted that although there are valid security concerns with prior discussion, these concerns will ultimately be outweighed by the result of public discussion, adding that the process is as important as the result.

ACILA is incorporated under US law as a 501(c) (3) research and education think tank which aims to contribute to African scholarship through enhanced understanding of international law and public accountability.