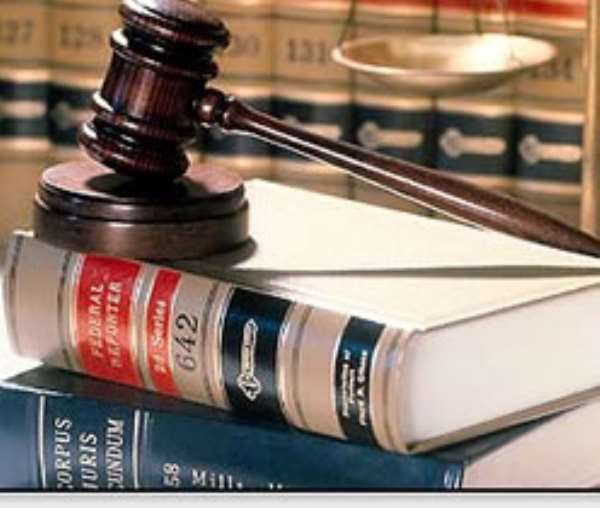 Accra, Jan. 12, GNA - A businessman who is accused of issuing dud cheques to the tune of GH¢54,980 for the payment of rechargeable mobile cards has appeared before a Circuit Court in Accra.

Mensah has been admitted to bail in the sum of GH¢55,000 with two sureties, one to be public servant earning not less than GH¢1,000 cedis.

He is to reappear on January 27, before the court presided over by Mr H. E. Essandoh

Chief Inspector Francis Tarsan, the prosecutor, said the complainant, Mr Joel N. Johnson is the Managing Director of Insolve Ghana Limited and a resident of Kasoa. Mensah is also a director of Sani Tech Ventures.

Prosecution said the complainant and the accused person deal in the sale of rechargeable mobile cards.

On May 8, last year, Mensah approached the complainant to supply him GLO rechargeable cards.

The cheques were dishonoured because there were no funds in the accused person's account, prosecutor said.

Chief inspector Tarsan said when the complainant tried reaching Mensah, his phone was off and he had closed down his shop.

According to prosecution, Mensah went into hiding at Liberia.

However, his relations produced him so he (complainant) would not publish his pictures in the dailies.