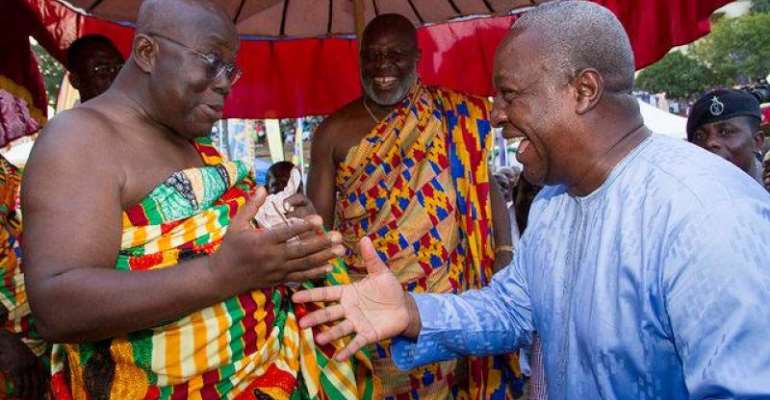 President John Mahama has said the opposition New Patriotic Party’s promise to restore allowances of teacher trainees if they win the 2016 election is mere propaganda.

According to him, the upgrade of teacher training institutions to tertiary institutions made it difficult for them to continue enjoying the benefit of allowances.

The 2016 running mate of the main opposition NPP flagbearer Dr Mahamudu Bawumia and his flagbearer Nana Akufo-Addo have promised to restore the allowance should they win the November polls.

In the view of Dr. Bawumia, the basis for the suspension of the allowance by the NDC government is untenable.

But the President believes such utterances are unhealthy for policy development in the country.

“It is not necessary for us to inject politics into policy making...We must allow policy to work so they can be reliable and predictable”.