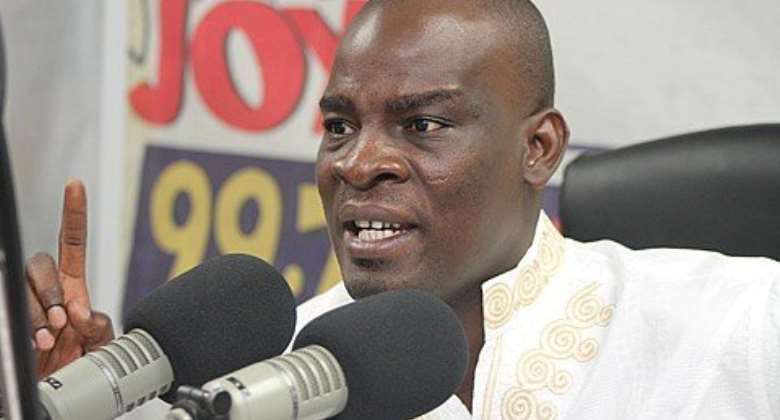 The attention of the Ministry has been drawn to some official documents, publications and correspondence between the Youth Employment Agency (YEA) and the Ministry of Employment and Labour Relations specifically regarding financial demands made on the Agency by the Ministry.

The Ministry wishes to respond as follows:
It is normal practice within the Ghana Public Service for Ministries to depend on their agencies when they are in financial distress and can sometimes borrow for subsequent reimbursement subject to releases from the Ministry of Finance.

Ghana’s participation in the ILO Conference and the official Government delegation was officially sanctioned and approved by the office of the Chief of Staff by a letter dated 19th May, 2015 to include social partners vis Employers, Representatives of Organised Labour and Members of Parliament.

The Ministry’s action in charging the vote against the Youth Employment Agency approved vote for 2015 is supported by Section 24 1(e) of the YEA Act 887 of 2015 which stipulates that, “for the administrative expenses of the Agency and oversight supervision by the Ministry which shall in any case not exceed Five Percent (5%) of the funds of the Agency” .

It is not peculiar to the Ministry of Employment and Labour relations and in this case, the MELR is backed by Section 24 of the Youth Employment Agency Act, 2015 Act (887), which stipulates the Application of funds by the Agency .

It is to be noted that, the Two Hundred and thirty Thousand nine hundred and sixty US Dollars, forty three cents ( $230,960.43 ) had Fifty Percent of it used for the payment of subscription arrears owed ILO, amounting to One Hundred and Forty Four thousand and Fifty Swiss Francs, Fifty Cents ( SFR 144,052.50 ) and that of the African Regional Labour Administration Centre (ARLAC) which amounted to Sixty nine thousand seven hundred and six US Dollars ( $69,706 ) pending reimbursement by the Ministry of Finance, which was outstanding and in arrears.

An erroneous impression is being created that the money was entirely used for the purpose of official foreign travels. Failure to pay our annual ILO and ARLAC subscriptions would have resulted in us losing our titular voting rights at the 104th Session of the International Labour Conference of the International Labour Organisation held in Geneva, Switzerland from 1-13th June, 2015 .

The rest of the amount was spent to cover travel expenses of Sixteen (16) members of the Ghanaian delegation comprising staff of the Ministry, Agencies of the Ministry, some members of the Parliamentary Select Committee on Employment and other Social partners (Tripartite) per ILO requirements. The Ministry has at all times operated within the Law and will reimburse where necessary and appropriate as provided by law and per releases from the Ministry of Finance for which a request was made.

The activities and Financial operations of YEA is required to be audited by the Auditor General in accordance with Section 27 of the YEA Act (887) 2015. The MELR and the management of the Agency will respond to any Audit findings accordingly.

Indeed, the Minister under the Financial Administration Regulation 2004 (Section 171 LI 1802) the Minister has the authority to vire and also has a role in the procurement process as Head of procurement and in determining and giving approval to certain thresholds which maybe above the Agency’s.

More Press Statement
ModernGhana Links
Lawlessness in Parliament by a Speaker in a hurry to Dubai
End violence against women: WHO
CCCFS© Calls on Government to Fast Track Support for Victims of the Storm Surge in the Volta Region
Congratulatory Message On 31st Anniversary Of Diplomatic Ties Between Sierra Leone And The Bolivarian Republic Of Venezuela
LGBTQI + Must NOT be Legalized in Ghana, KNUST Students Activists Declares
Statement From Omnifert Limited On The Support Of The Ministry Of Agriculture To Fertilizer Producers In Ghana
HRAC Press Statement on Francis Dodovi's Hate LGBTQI+ comments
UN Secretary-General: Written message on the international day for the eradication of poverty
Femi Adesina Should Be Relieved Of His Duty For Consistently Making Puerile And Divisive Statements, Unfitting Of A Presidential Spokesperson - Igbo Renaissance Forum
TOP STORIES