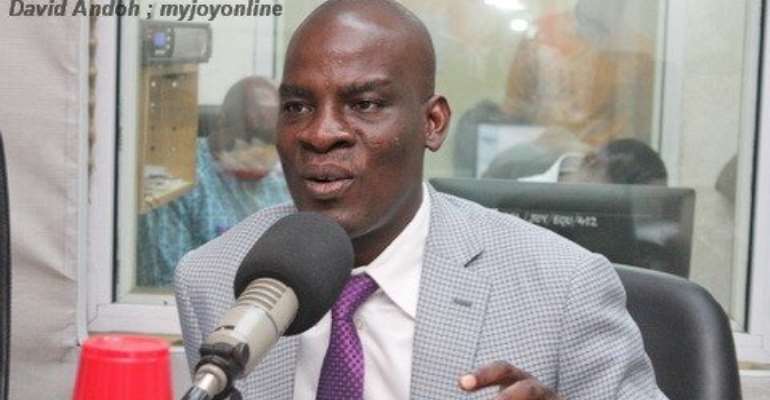 Joy News' Manasseh Azure has revealed Employment Minister Haruna Iddrisu made “financial demands” on an employment agency under the ministry to finance his foreign travels. 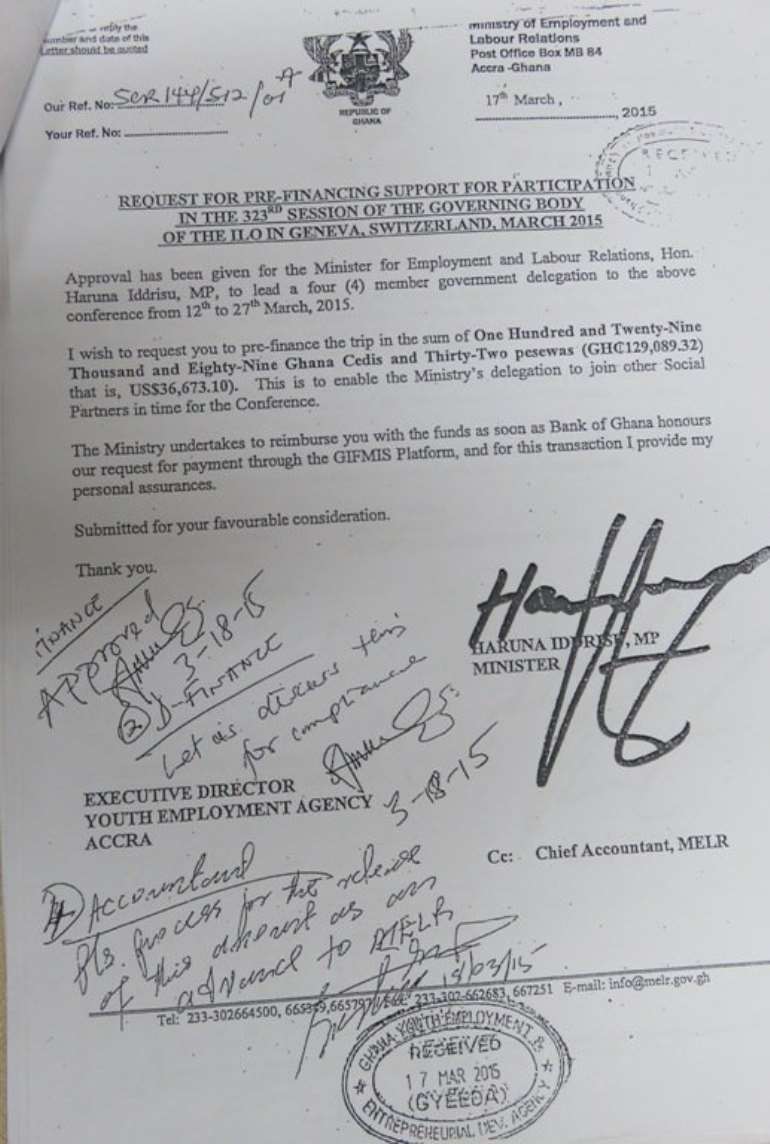 Photo: For the conference in March, the Minister gave his “personal assurance” to pay back the money. Sources say this yet to be done. 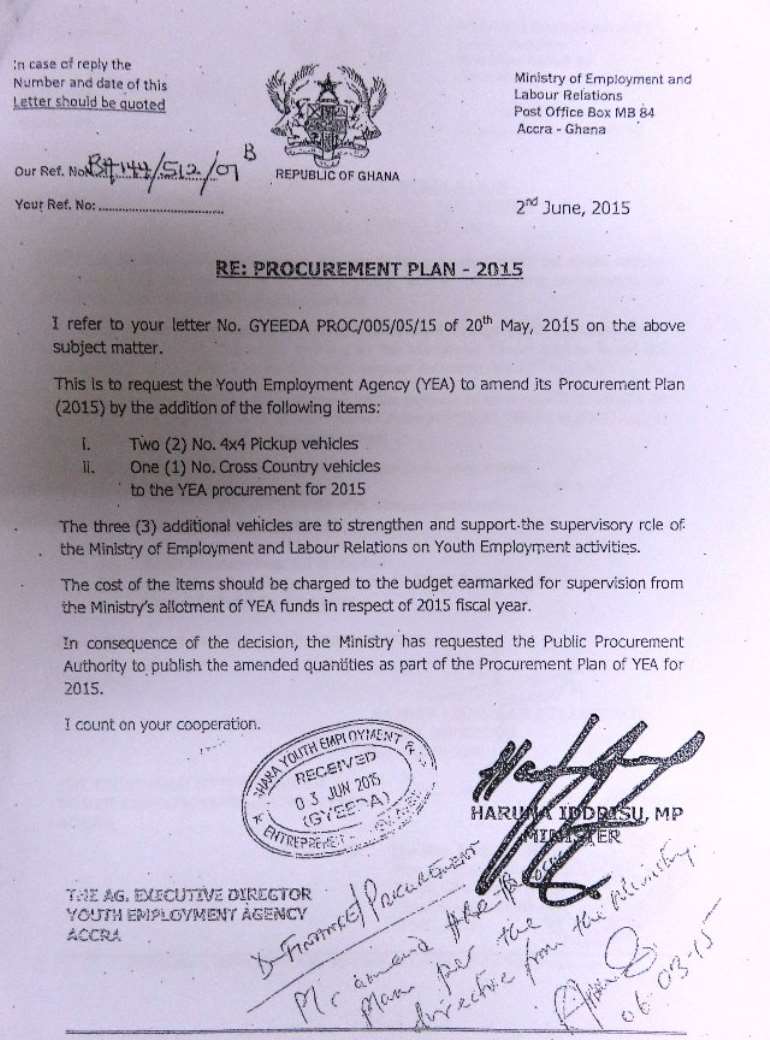 Photo: For the May conference, the letter from Haruna stressed the money was needed as part of the Ministry’s supervisory activities.

In June 2015, Haruna Iddrisu requested that YEA’s Procurement Plan be amended to include, two 4X4 Pick-up vehicles and one Cross Country vehicle to “strengthen and support the supervisory role of the Ministry of Employment and Labour Relations”.

But after Vincent Kuagbenu was appointed in July 2015, he expressed displeasure at what he described as “unusual trend of demands on the finances of the YEA”. 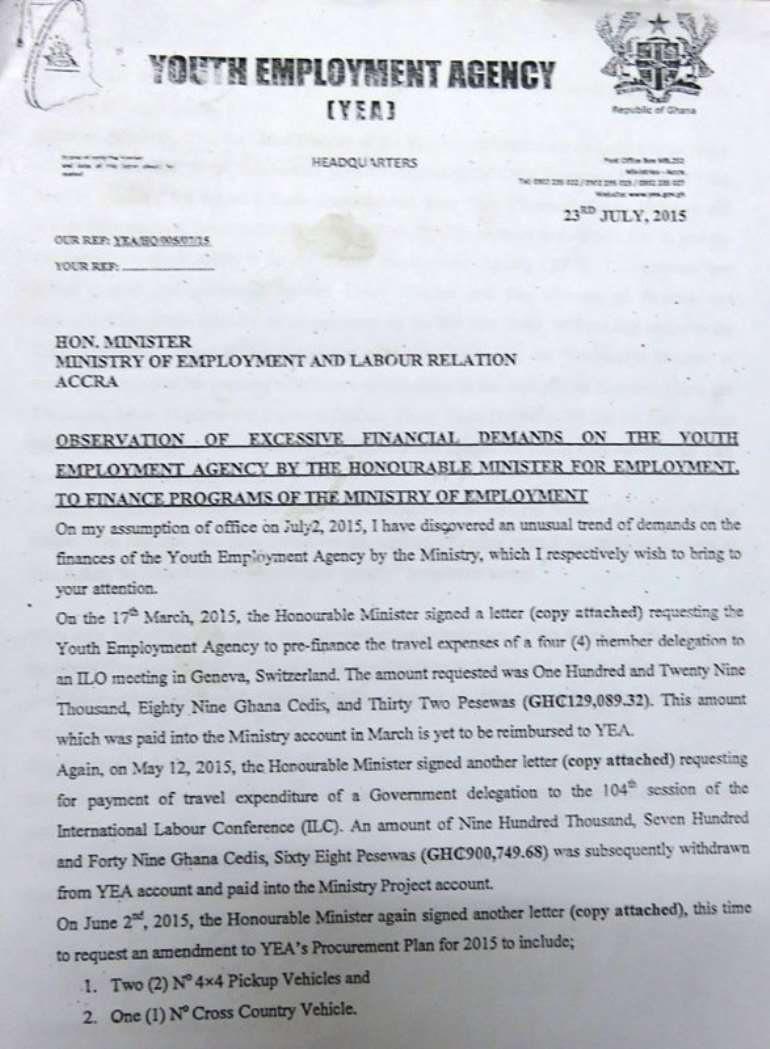 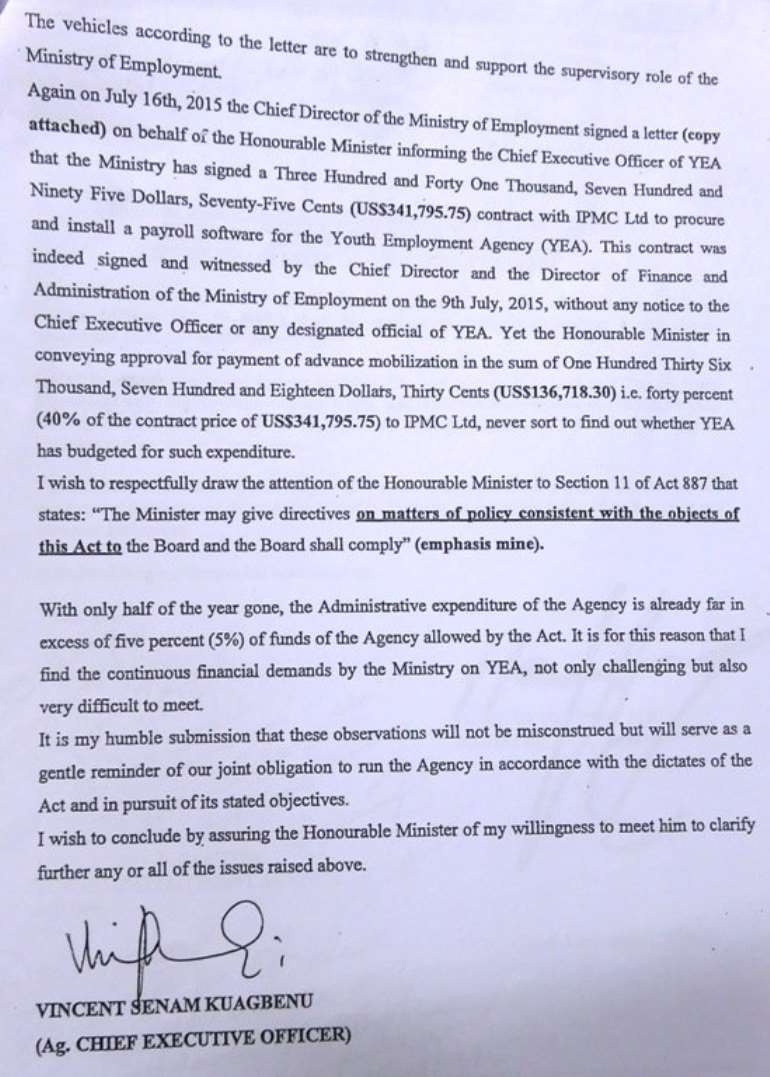 He said the “excessive demands” were becoming “challenging” and “difficult” to meet.

Kuagbenu referred the Minister to Section 11 of the Act 887 establishing YEA which provides that the Minister may give directives on “matters of policy consistent with the objects of this Act to the Board and the Board shall comply”.

Under Section 24 of the Act passed in February 2015, the funds of the agency shall be applied in five areas.

Vincent Kuagbenu lamented that “with only half of the year gone, the Administrative expenditure of the Agency is already far in excess of 5% of the funds of the Agency allowed by the Act”.

Haruna Iddrisu responds…
But the Employment Minister in response told Joy FM’s Super Morning Show Monday, there is “nothing wrong with the Minister relying on funds of its agencies”.

He explained that travelling is “not one of the issues I romanticise as a minister.”

Addressing the issue of procurement of cars, he said there was “absolutely nothing wrong to vary” the procurement plan in his capacity as a Minister supervising the agency.

The vehicles are meant for supervision, he stressed adding, “It is not for Manasseh to determine what supervisory role is for the minister.”

He argued that expenses by the Ministry drawn from YEA budget is less than 5% of its 2016 budget.