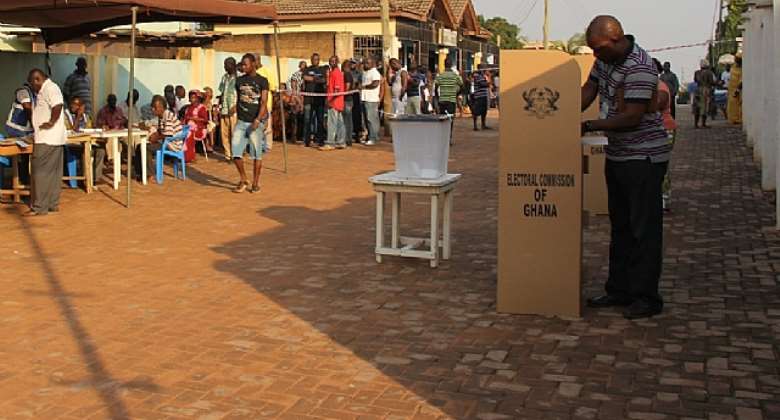 The Atiwa West Youth of the New Patriotic Party (NPP) has warned the Electoral Commission (EC) not to try any foul play in the November 7 general election.

They said the tension and issues around the voters register sends a signal that Ghanaians would not exchange their peace for anything.

A statement signed by the Youth Organizer of Atiwa West NPP, Nana Ofori Kissi sort to remind the EC of possible mayhem should the EC take things for granted.

It said that "the Electoral Commissioner and her crew should not hang on the notion that Ghana is a peaceful nation. That is a fallacy", the statement noted.

The youth cannot fathom why the EC, despite calls by prominent personalities to change the register is still feeling reluctant to do so.

"Notable statemen and women such as former president J.J. Rawlings (Founder of the ruling NDC), Mrs Rawlings (Founder of NDP), Former president J.A Kuffour, Otumfuo Osei Tutu II- King of Ashanti Kingdom, Rev. Dr. Joyce Aryee (Founder of Salt and Light Ministry), the Christian Council and the Clergy coupled with some known political activists as well as political science lecturers have all called for the need of a new and credible voters register in order to ensure that election 2016 and the subsequent ones would be free and fair", the statement opined.

The statement however accused the EC of serving the interest the NDC.

"The stands of the EC makes think that the EC is serving the interest of the NDC and the government which appointed the Commissioner of the Electoral Commission-Charlotte Osei", the statement alleged.

It continued that it was "baseless" and "senseless" to argue that the country does not have money for a new register "if the government could spend Ghs 3,600,000 just to rebrand buses".

According to the statement, the continuous influx of deadly weapons into the country should prompt the EC and the government that Ghana is on a "time-bomb".

Meanwhile, the statement advised that, "the Electoral Commission must neutrally put up measures that would satisfy all stakeholders in the pending election.

"This is the time for the Peace Council to speak. They must not sit aloof for it to be too late before they start to preach peace.

"Madam Charlotte Osei must not connive with the NDC to joke with Ghanaians", the statement added.

Set aside the purported rejection of 2022 budget - Majority ...
38 minutes ago

Xavier Sosu fights back, files for stay of execution against...
38 minutes ago