Koala to reward taxi driver's heroism with a new car 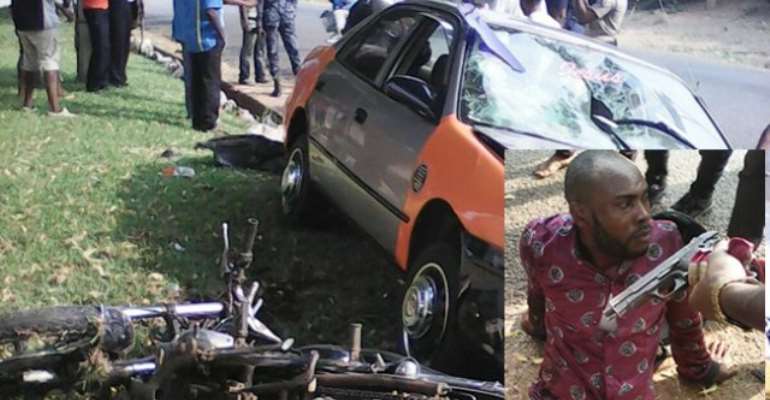 Retail company, Koala Shopping Mall, has promised to reward a taxi driver for his bravery after he rammed his taxi into two suspected armed robbers on a motorbike leading to their arrest.

Administrative manager Belinda Bekoe announced on Joy FM's Super Morning Show Monday, the taxi driver whose name has been withheld will be getting a brand new taxi from the company.

It is “for being a national hero and a special hero with the Koala family,” Belinda said.

The taxi driver who witnessed the incident drove his taxi stopped the fleeing shooters by ramming his taxi into the motorbike they were using to escape. He also prevailed upon an angry group not to lynch the suspects.

Speaking about his heroic act of bravery, the taxi driver deflected praise to God.

“Everybody is praising me but it is not me, it is by God. The heart needed to do this was given by God.”

He explained the taxi does not belong to him. It is a ‘work and pay’ arrangement which requires that he makes daily sales to the owner for some years before he can eventually own the vehicle.

The engine area of the taxi is badly damaged, he said.

Koala says it is impressed his act of bravery and selflessness and will present him with a new vehicle.