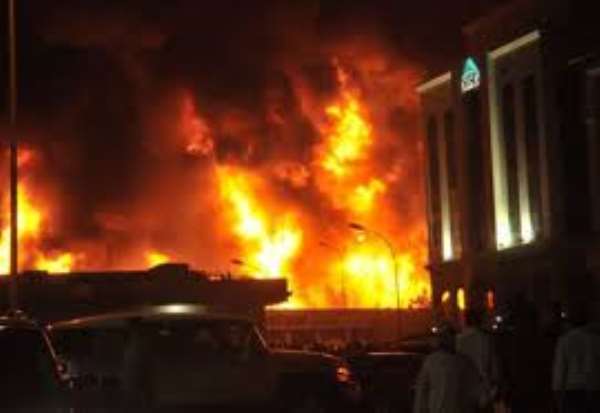 Airport Ridge (W/R), Jan. 10, GNA - Though all the items within the four bedroom apartment at Airport Ridge, were completely destroyed in the fire outbreak, the Holy Quran in one of the rooms was spared and untouched.

The cause of the fire, which is still unknown, started around 3pm on Thursday and ravaged items running into millions of cedis.

Station Officer Isaac Eshun cautioned the public to be careful with electrical gadgets and avoid open fires particularly in this dry season.

The house was occupied by two men believed to be of Lebanese origin and a Ghanaian.

Some of the items destroyed included air conditioners, television sets, refrigerators, furniture, clothing and an undisclosed amount of money. GNA