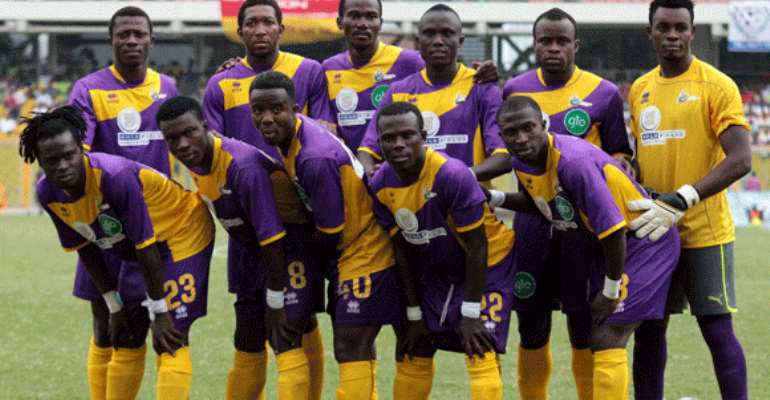 MTN FA Cup winners Medeama have an opportunity to build on their impressive display against Hearts of Oak with an another testing encounter against Aduana, there is also a start for Yahaya Mohammed.

Ehen! Aduana Stars have decided to wear their known Lotto shirts for today's #G6 game against Medeama. Game about to start

The game is under way with Medeama getting us started

Yahaya Mohammed is the player every fan wants to see with his performance for Ghana in the local Black Stars a focal point.

5 Yahaya Mohammed has been starved off services and looks really rusty at the moment.

10. Medeama defeated Hearts of Oak yesterday with Aduana having an off day and it looks like the off day will have a benefit for them.

15 Medeama are playing without a recognized striker and have all the possession yet they have shown little in attack .