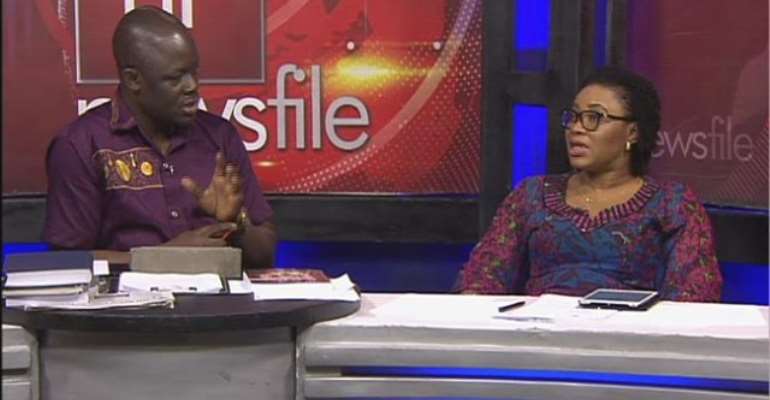 The Chairperson of the Electoral Commission says the Commission would not support calls to legalize the Inter-Party Advisory Committee (IPAC).

Some have suggested that agreements and recommendations of the IPAC have not been binding on political parties and the EC because IPAC does not have legal backing.

But Madam Charlotte Osei told Samson Lardy Anyenini on Joy FM/Multi TV news analysis, Newsfile Saturday that the move would mean giving powers to the political parties to “dictate to the Electoral Commission”.

She stated: “Consensus doesn’t mean sitting on top and taking decisions. EMBs [electoral management body] should never be controlled by political parties because political parties have their own agenda; legitimately so and that is why they are organized.”

Representatives of political parties at a workshop organised by International IDEA in collaboration with the Electoral Commission of Ghana in 2011 called for IPAC to be made a statutory body.

It was argued that even though it is an advisory body, its existence should be guaranteed by law as is in the case of the Council of State which advises the President on important national issues.

But the Chairperson of the EC, on Saturday January 9, 2016, warned that such legal backing would jeopardize the independence of the Electoral Commission.

Madam Osei pointed out that inasmuch as political parties are welcomed in decision making processes, it would be wrong to give them that legal grounds to take decision for the Electoral Commission to follow.

“EMBs have their constitutional duties to the people. So we should never have a situation where the authority of the EMB or the decision making powers of the EMB can be overruled by political parties.”

Chaos during inauguration of Parliament unjustifiable – Bagb...
35 minutes ago

Bagbin declares NPP as Majority with Fomena MP
35 minutes ago