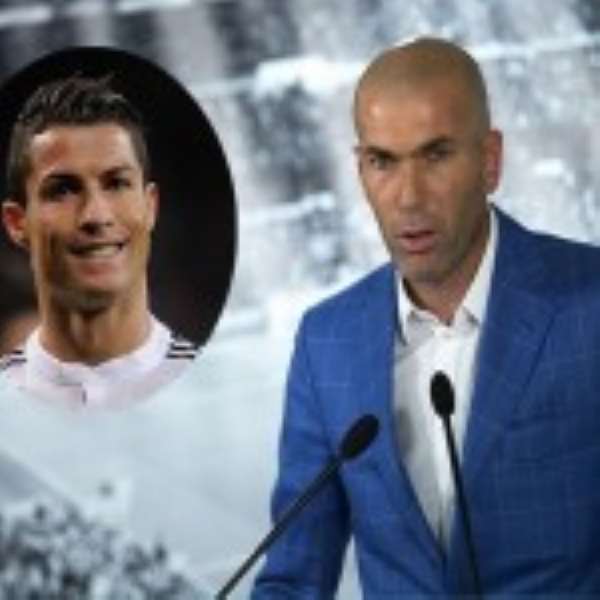 Cristiano Ronaldo will not be leaving Real Madrid in the near future, says new manager Zinedine Zidane who described the forward as the “soul” of his club.

Manchester United boss Louis van Gaal said in November he wanted to  bring the Portugal striker back to Old Trafford.

Zidane was speaking before his first match in charge of Real who host Deportivo in La Liga on Saturday.

“Cristiano is more than non-transferable,” added the Frenchman.

“He is the soul of the team. He’s going nowhere.”

Speaking in November, Val Gaal said: “We are looking at all players, not just Ronaldo. But these players are mostly un-gettable.

“With Ronaldo, let’s wait and hope.”

Ronaldo left United for Real in 2009 for a then world-record £80m fee  and has become the Spanish side’s top goalscorer.

The Portuguese, a three-time Fifa world player of the year, broke Raul’s record of 323 goals for Real earlier this season.

With Real he has won one La Liga title, a Champions League crown and two Spanish Cup titles in almost seven years.

Before moving to Madrid, he won three Premier League titles, one Champions League, one FA Cup and two League Cups in six seasons at United.