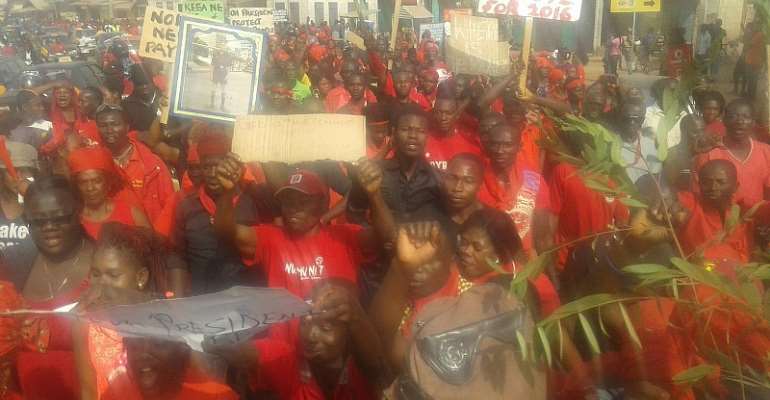 ATV's "Asem Yi Di Ka" show storms Dormaa today to give the people the same opportunity given to the people of Nkoranza and Berekum in the last two days to also share their concerns with leaders of the country as frustrated customers vow to take their monies at all cost from DKM and other financial institutions in the region.

There have been series of demonstrations in the last two days as aggrieved clients of Jarstar Motors and Investment, Godislove Microfinance, and DKM demonstrate attack and threaten to stop financial institutions from operating in the Brong Ahafo region.

Speaking to the host of the show Speaker Nana Fianko on thursday morning, he said Dormaa is very dull and expressions on the face of people tells how some of them are suffering as a result of the Bono Ahafo Micro Finance crisis.

There have been demonstrations in places such as Sunyani, Nkoranza and in Berekum, towns in the region giving government a two-week ultimatum after which they will make it impossible for other financial institutions to operate and also cease political parties from campaigning in the region.

Watch video for full story as some aggrieved clients invoke curses on workers of Bank of Ghana and government.