CID Petitioned To Arrest Bawumia, Others 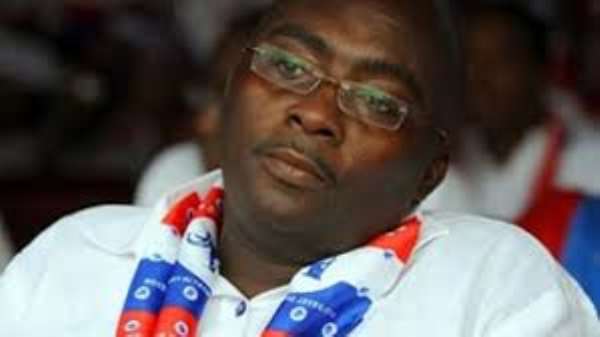 This has become necessary following the EC’s admission in a report dated December 30, 2015, which states,inter alia, thatthe EC of Togo denied ever giving out its voters’ register to a “third party”; a register Dr Bawumia and his cohorts, in a petition to the EC dated August 18, 2015, said it used to identify over 76,000 Togolese on Ghana’svoter roll.

Before petitioning the EC, Dr Bawumia addressed a press conference on the same day at Alisa Hotel and said, among other things, that “…in this regard, our investigative team obtained the Togo voters register which was publicly displayed prior to the 2015 Togolese elections. Using facial biometric recognition technology, the system has found 76,286potential matchesof the same people, with the same names and faces on the Ghanaian as well as Togolese voters’ registers…”

A softcopy of the supposed Togo register was subsequently submitted to the EC upon request by Martin Adjei Mensah Korsah. Confirming this, Martin Adjei Mensah Korsah, in a Daily Telegraph report dated November 9, 2015 said, “Yes it is true. We have presented the documents to the EC. I presented the two items to the chairperson Mrs. Charlotte Osei.We have presented a full blown two items to them. The Togolese register that we used and that of Ketu South, the one with the stapled pictures. I have given it to them.”

To consolidate their intention to deceive the EC, Peter Mac Manu, also mounted a podium at a two day forum (which was telecast on public television) organized by the EC at Alisa Hotel to repeat the same allegations based on the forged Togo register and strongly advocated for a new register.

It is trite law that the Togo Electoral Code (Code Electoral) does not permit the EC of Togo to share its register (a sovereign legal document) with a “third party” for which reason it declined to share same with Ghana’s EC even on official request.

It is our case that the supposed Togo register Dr Bawumia and his colleagues based their claims and subsequently submittedto the EC was forged and/or obtained by fraud with the intention to deceive the EC to yield to the NPP’s demand for a new voters’ register.

We further contend that this conduct by Dr Bawumia and the other two NPP officials is a serious offence defined by the Criminal Offences Act, 1960 (Act 29). For the avoidance of doubt, we respectfully refer you to the appropriate sections:Section 158 of Act 29 provides that “A person who, with intent to deceive any other person, forges a judicial or an official document, commits a second degree felony." Section 164 (1) of Act 29 states that "A person forges a document if that person makes or alters the document, or material part of the document, with the intent to cause it to be believed:

The essential elements of this offence under sections 158 and 164 (1) was summed up by Lord Radcliffe and Lord Denning in Welham V DPP [1960] 2WLR 669, as follows: "intent to deceive would be sufficient for purpose of establishing forgery when the act complained of was done to deceive public authorities since the advantage to the offender might be the same even though no loss was occasioned to the person deceived. This was because where the person deceived is a public authority or person holding public office, deceit may secure an advantage for the deceiver without anything that can be called pecuniary or economic injury to the person deceived."

In the Ghanaian case of Okyere & Anor v The Republic [1971] 2 GLR 412, forgery was defined as to “make or alter a document, with intent that it would be accepted as genuine, knowing that someone is likely to act upon it to the prejudice someone else.” We verily believe that was the exact intent of Dr Bawumia, Martin Adjei Mensah Korsah and Peter Mac Manu when they presented the purported Togo register to the EC.

We have attached to this petition a copy of the EC’s report, Dr Bawumia’s press statement, a copy of the supposed Togo Register, copy of the Electoral Code of Togo (in French) and other relevant media reports revealing the complicity of the three NPP officials.

Akufo-Addo's response to Aflao Chief was wrong; he must apol...
58 minutes ago