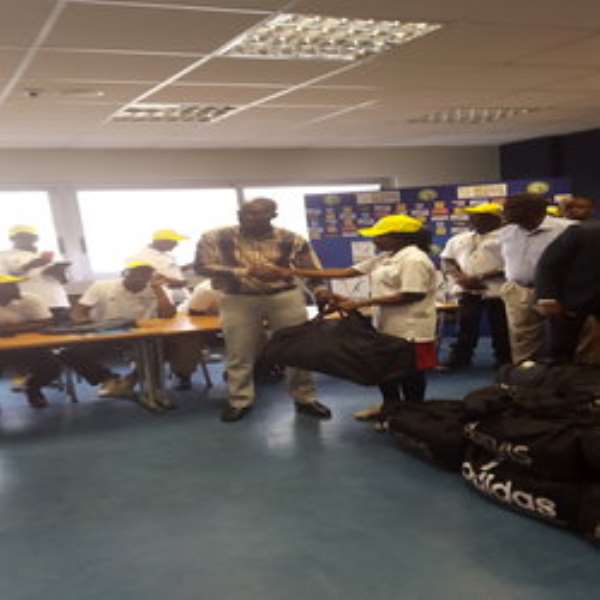 GFA Vice President, George Afriyie has urged participants of the Fifa 11 For Health program in the country to take the program seriously as it is of immense benefits.

Mr. Afriyie who gave out football equipments to the the P.E. Teachers who are participating in the Fifa 11 for Health programme to cooperate with the project officers for a succesful implementation throughout the country.

The current programme, the 4th in the series, was launched in Ghana by Cameroonian legend Samuel Eto'o and Prof Dvorak.

PE teachers in Sunyani and its environs will also be trained on Friday January 8.

The programme then moves to Wa and Bolgatanga from 11th to 15th January where another 180 Physical Education teachers will be trained.

After training the PE Teachers will go back to their various schools and implement the programme over an 11 week period. 360 schools will be covered nationwide.

The FIFA 11 for Health is a football based health education programme and a collaboration among FIFA,  GFA, MoYS, MoE and MoH.