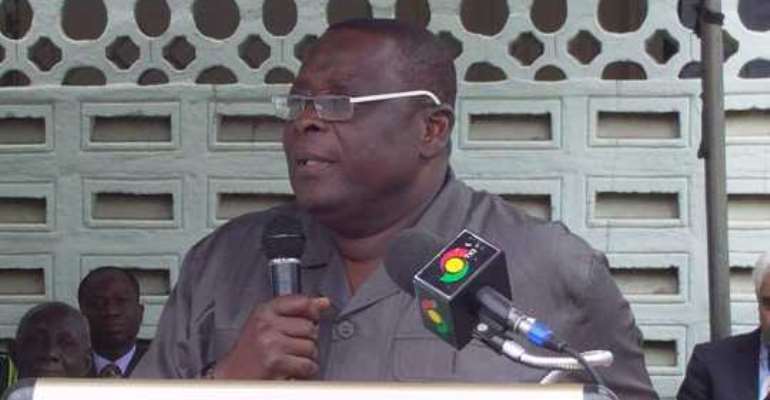 Navrongo (U/E), Jan. 6, GNA - Mr Mark Woyongo, the Minister of Interior, has said the security of the nation is the main agenda for Government in this election year.

The Minister, who is also the Member of Parliament for the Navrongo Central Constituency, said this in an interview with the Ghana News Agency.

He said in view of the proliferation of arms into the country coupled with the general election scheduled for the last quarter of year, the security agencies have been empowered to work hard to maintain peace in the country.

'Arms proliferation in our country has become a reality; it's no longer a myth. It is true that arms are coming into our country and we should all be concerned about it. What happened in the Ashanti region is a wakeup call that our security agencies would have to be extra vigilant and work hard', he said.

The Minister commended the security agencies for their various efforts including the recent discovery of arms hidden in a truck in the Volta Region.

Mr Woyongo said those people who have the intention to destabilize the peace process of the country would be dealt with drastically when caught.

'Security is information based and we urge all Ghanaians to volunteer information to the security agencies on suspicious movement of illegal arms and ammunition for timely intervention', Mr Woyongo said.

He said he had secured about eighty computers and their accessories to be distributed to Junior High Schools in the Constituency to enhance effective teaching and learning of Information and Communication Technology.

He said apart from sponsoring many brilliant but needy students with the MP's Common Fund, he had secured scholarships from some development partners to assist the students continue their education.