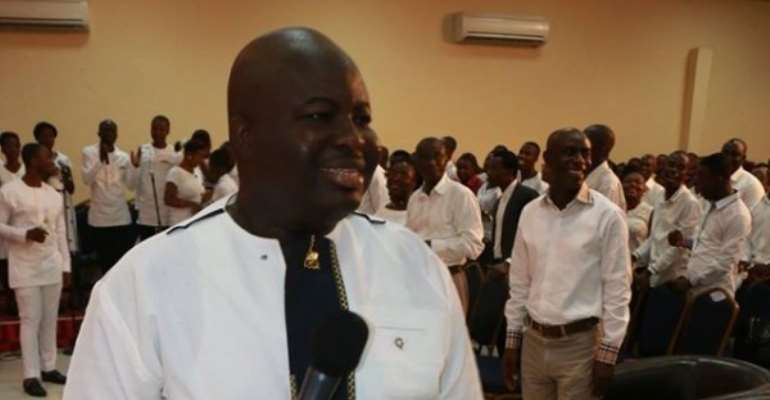 Hosted by Paul Adom Okyere on Good Evening Ghana, the confident looking ‘Prophet’, Prophet Prempeh indicated that unlike President Mahama, most of the Presidential Aspirants are double minded and try to blend the worship of God with other lesser gods in their quest to win power.

He noted that most of the aspirant serve a lesser god that goes by the name Bathsheba but only present themselves as Christians to win the affection of the largely religious citizenry.

According to him, the fact that the President managed to win the elections on the back of just five months of campaign in 2008 is an indication that he is highly favoured by God.

He also said President Mahama will win the 2016 Election

Rebutting his claims with a similar prophesy from Prophet Owusu Bempeh which favours the Presidential Candidate of NPP, Nana Addo Dankwa Akufo Addo, the host asked him why two prophesies purportedly from one God contradicted each other.

Prophet Prempeh not wanting to stir controversy indicated that though he had tremendous respect for Prophet Owusu Bempah (who he addressed as his senior), he was confident that his own prophesy will come to pass.

He called on the men of God in the country to come to the rescue of the nation as Elijah did because it would take divine intervention to rescue the country from it’s current economic woes and general hardship.

Quizzed on how to determine who a false prophet is, the Prophet left Paul Adom Okyere and Abeku Santana who was there as a co panellist surprised when he alleged that every supposed man of God who has bleached or toned his skin is not from God and therefore a false prophet.

According to him, bleaching of their skin is part of the requirement from the gods they consult.

He predicted that 20th September this year is a prophetic day and therefore something amazing will happen both in the physical and spiritual realm for all to see.