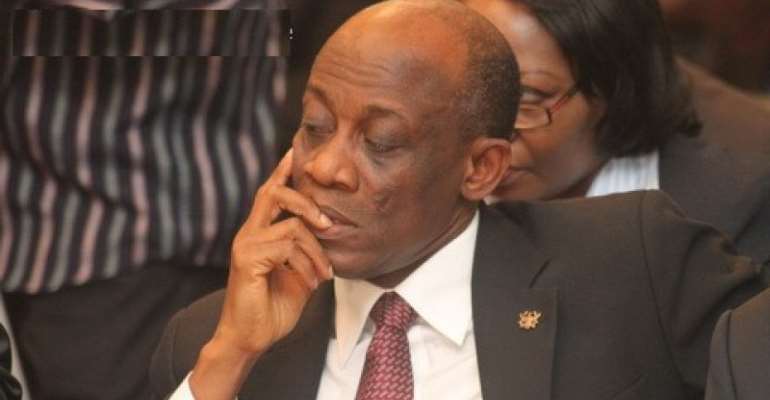 Political science lecturer at the University of Ghana Dr. Alidu Seidu is calling for the head of Finance minister Seth Terkper as speculations of an impending ruthless reshuffle in the Mahama administration continues.

Dr. Seidu argues the Finance minister has not managed the national purse well over the years. According to him, there are certain decisions that the ministry has taken that have worked against the interest of Ghanaians. Economic pundits have faulted the economist over the management of the local currency which has suffered massive depreciation under his watch.

Even though the political science lecturer is not blaming only the finance minister for the state of affairs, he insists Mr. Terkper has failed in managing the economy.

Speaking to Starr News the political scientist said the Finance Minister’s exit will ensure things are well placed for the governing party ahead of the elections.

“I think there have been a lot of issues with the economy since he was appointed and I think most of the issues that he faces are something that he can’t do alone. I believe it’s a collaborative thing with other ministries but generally it has to do with the fact that they think we don’t have so much money to do a lot of important things. There are a lot of loopholes and wastage in the system, when we are able to manage them very well, we can do better things than we are doing now.

President Mahama in his New Year Message to Ghanaians indicated nonperforming appointees will be shown the exit. This pronouncement from the President has heightened reports of an imminent reshuffle. Already two ministerial portfolios are vacant.