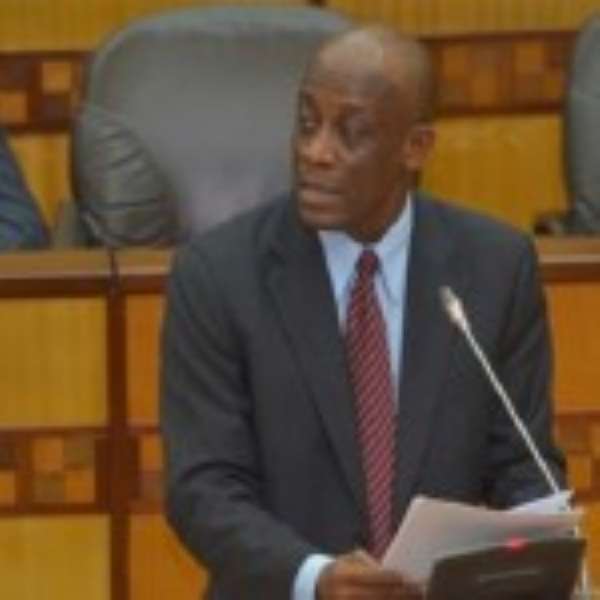 Government has imposed additional taxes on Ghanaian taxpayers due to its mismanagement of the country's economy.

Currently, it is taxing 55 areas of domestic income, ranging between 1 and 75 percent.

Some taxpayers, who have vehemently opposed the imposition of the taxes, have been able to force government to withdraw one of the taxes – 1 percent withholding tax on interest paid to an individual on their investments at the banks.

The effective date of implementation of the taxes is January 1, this year.

Both corporate organisations and individuals are going to suffer tremendously as a result of the newly-introduced killer taxes.

Supply of services under income is also attracting a 15 percent tax, while persons who have won lotteries would also be taxed 5 percent on their winnings.

Reversal of 1% Withholding tax
Finance Minister, Seth Terpker has submitted proposals to Parliament to reverse a legal provision imposing a one percent withholding tax on interest earned by individuals.

He said the revision had become necessary due to concerns raised by Ghanaian taxpayers and the general public.

There has been huge public outcry over the imposition of tax on interests after banks and financial institutions sent SMS alerts to their customers to inform them about the deductions.

“The threshold for taxation of car benefits has also been improved from GH¢150 and GH¢300 to GH¢250 and GH¢600 respectively to take account of inflation.

“The debt-to-equity ratio has also been revised from 2:1 to 3:1 to allow for additional debt financing and at the same time allow the interest on the debt as an allowable deduction.”