Shift the destiny of Ghana from NDC, NPP - CPP urges 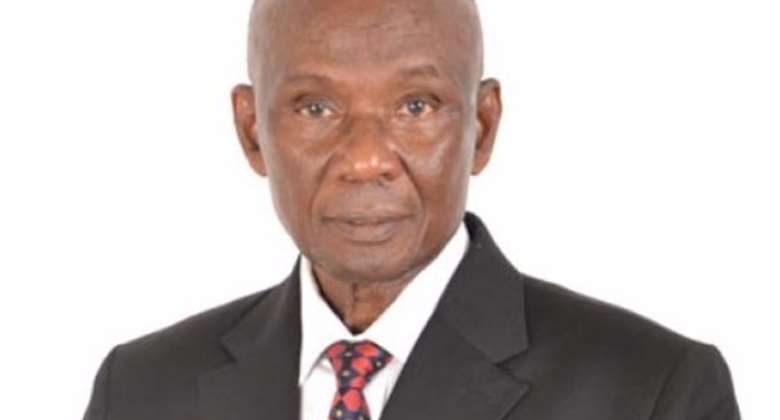 The Convention Peoples Party (CPP) has called for electoral paradigm shift as Ghana prepares to hold Presidential and Parliamentary Elections on November 7.

“The alternation of power under the forth republic between the National Democratic Congress and the New Patriotic Party has failed to dramatically transform the fortunes of the country in spite of the huge resources under their disposal.

“Elections 2016 therefore offers Ghanaians a new opportunity to shift from voting for any of these two parties and vote for both Presidential and Parliamentary candidates of the third force CPP to transform the country,” Professor Edmund N. Delle, CPP Chairman and Leader stated in an interview with the Ghana News Agency in Accra.

“The CPP calls for a social-political paradigm shift in 2016, as we enter into an electoral year; we must all as Ghanaians acknowledge that we have a role to play in shaping the destiny of this nation.

“We must build on positive structures and break down old unproductive systems and mechanism which are inimical to national development.

“The CPP calls on Ghanaians to exhibit high sense of patriotism, and work hard across the national divide in the best interest of the country,” he said.

“We all have a role to play in the democratic dispensation, no one should sit on the fence, we must join hands together irrespective of our political affiliations, ethnic background, religious inclinations and social-political status.”

Prof Delle noted that as we head into an election year, “I want to assure you all that a CPP Government will grow the economy, create more jobs, strengthen all class of citizens in the country, curb corruption to its maximum limit and give proper accountability to the people of Ghana”.

On CPP internal political activities, Prof Delle said the party has set in motion electoral machinery to revamp its structures and make it more visible and appealing to the teaming youth.

The party is going through internal transformation to ensure that “we offer Ghanaians dynamic, transformational and bold leadership”.

He called on the rank and file to begin the process of mobilisation to building the party structures at the ward, constituency, regional and national levels.

Prof Delle also appealed to aspiring Presidential Candidates of the party to conduct their campaign within the spirit of comradeship, respect for each other, and focus on the bigger picture of winning Elections 2016.

“Today, as Ghanaians, especially my comrades across the country and in the Diaspora gather with family and friends, I want to wish everyone a happy and a healthy New Year.

“This is always a hopeful time, as we celebrate the end of one year and the beginning of another,” he said.

He observed that while 2015 was difficult for many Ghanaians, “we must also look back on this year with the knowledge that brighter days are ahead of us – that although our challenges are great, each of us has the courage and determination to rise up and meet them”.