The Paris-Dakar Rally – has Africa lost it for good? 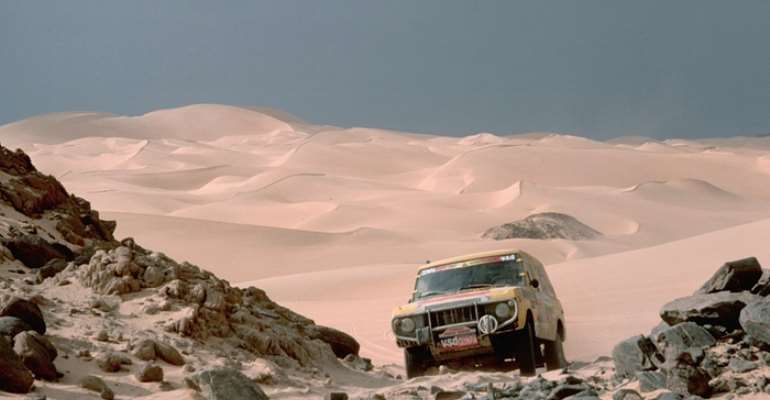 The Paris-Dakar Rally was moved from Africa to South America in 2009 but it is still called The Dakar Rally (or simply, Dakar). It is one of the toughest rallies in the world. The South American trail is also tough but does not reach the extremities in the Saharan desert.

This year’s rally will start with a “prologue” in Buenos Aires, the Argentinian capital, on the 2nd of February, go up north through the country and turn around in Uyuni, Bolivia, on the 8th of January and take another route into Argentina where it will end in Vila Carlos Pas, Rosario, on January 16th. For cars, it will be a total of 9,583 gruelling kilometres.

This rally is unique. It is a race of extreme endurance of man and machine, a modern day Odyssey. It is the ultimate physical and mental test of man (and woman). Since the start of the rally, 69 people have lost their lives as a direct result of the race. This is made up of 28 competitors and 41 non-competitors. The non-competitors who lost their lives include the race founder, Thierry Sabine, 14 news journalists and support crew, 4 spectators, 4 children, and 18 other unnamed spectators and bystanders. The most common cause of death is collision. But casualties have been few in recent years. Even so, Motorbike rider, Michal Hernik, was found dead in mysterious circumstances in the 2015 race.

It all started in 1979 when one hundred-seventy competitors rode from Paris, crossed Algeria, Niger, Mali, Upper Volta before ending up in Dakar in Senegal. It became an instant success. Since then, the rally took different forms. Some started in different places than in Paris. In 1989, Libya was added to the route and the participants discovered the beauty of the deserts in that country - a beauty that was brought to the rest of the world on television. In 1992, the race was extended and ended in Cape Town in South Africa. The first loop was run in 1994 when competitors started in Paris, reached Dakar and came back to finish in Paris. In 1995, the race started in Grenada, Spain, and ended in Dakar. It was the first time the race didn’t start in France. In 1997, the race started in Dakar where it also ended.

By 2000, the rally started to contend with terrorists in the African desert. That year the participants were airlifted across some of the more dangerous routes. That year’s race ended in Cairo. 2001 saw a woman finishing top for the first time. Jutta Kleinschmidt from Germany won in a Mitsubishi. In 2006, the race started in Portugal for the first time. This was repeated in 2007.

The 2008 race was cancelled after the murder of four French citizens and three Mauritanian soldiers in the days before the start of the race. The French Foreign Affairs Ministry advised its citizens not to travel to Mauritania since French intelligence identified terrorist threats aimed at the rally. The following year, 2009, the race was moved to South America and Africa lost an important attention seeker to the continent.

Africa’s loss became South America’s gain. In South America, Buenos Aires has been the favourite starting point but the race has also taken in Chile and Bolivia. But the African loss was also Europe’s loss since the race no longer gets started in Europe even though most of the participants are Europeans.

It is a pity that the race has left Africa. There were a few financial benefits to the countries that it went through. This wasn’t seen by the hungry looking villagers who always thronged the routes to see these huge and very costly vehicles hurtling through their countryside. The cost of these machines could cover schools, wells, hospitals and many other things in these impoverished villages. Apart from the Safari in Kenya, Africa is hardly involved in any of the global motor sports. There is no Formula 1 on the continent, no bike races (except for a few in South Africa and North Africa) and, indeed, not much of any points scoring sporting tours on the continent. How many tennis or golf tournaments do we have on the continent attracting the very best in the world?

This year, as usual, the Dakar Rally will have competitions in four categories – Cars (the most popular with 169 starting), Motor cycles (152), Quads (four-wheeled contraptions that look like tractors or robot moon vehicles - 49), and Trucks (57). The cars and the Trucks have co-drivers. The organizers reckon that only half of the starters will finish the race. Yes, it is that difficult!

Each of the participants will have a sponsor and a supporting team. The big manufacturers will be there – Ford, Peugeot, Mini, Toyota, Mitsubishi for the cars, and MAN, Iveco, MAZ, Tatra, Kamaz in the Trucks division. KTM, Honda, Yamaha, Husqvarna, Sherco will be the leading entries in the Bike division and Yamaha, Honda and the Canadian team, Can-Am, will be among the entries in the Quad division. Many of the competitors would have driven the rally a number of times before. It can be like that – the adrenaline keeps coming.

Suffice it to say that there will be no African participants in this year’s rally - as usual. In Ghana, hardly anybody will know that this race is going on. The media won’t mention it. Perhaps some satellite channel will show highlights but no Ghanaian is going to watch them. In Ghana, the only sports that matters is – guess it? Football!! We put all our resources on football and our youth never have the chance to discover their natural talents in other sports.

But some of us will be hoping that Dakar comes back to Africa again. Will it ever?