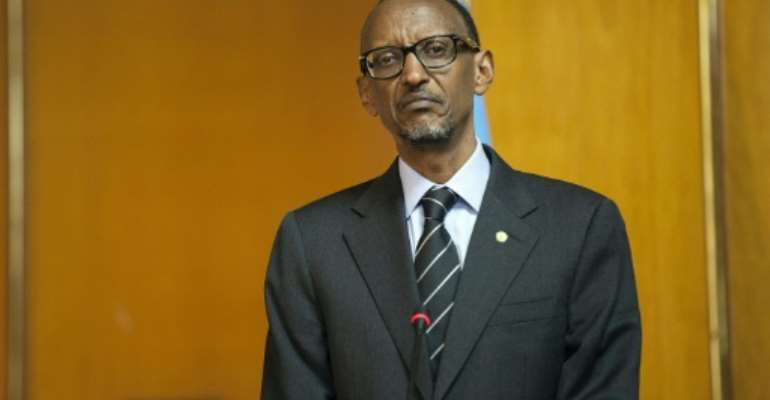 Rwandan President Paul Kagame said on January 1, 2016 he would run for a third term in office in 2017 in line with a constitution amendment which won overwhelming backing in a referendum. By Zacharias Abubeker (AFP/File)

Washington (AFP) - The United States hit out Saturday at Rwandan President Paul Kagame's decision to run for a third term, saying it was "deeply disappointed" and concerned by the move.

"With this decision, President Kagame ignores a historic opportunity to reinforce and solidify the democratic institutions the Rwandan people have for more than 20 years labored so hard to establish," State Department spokesman John Kirby said in a statement.