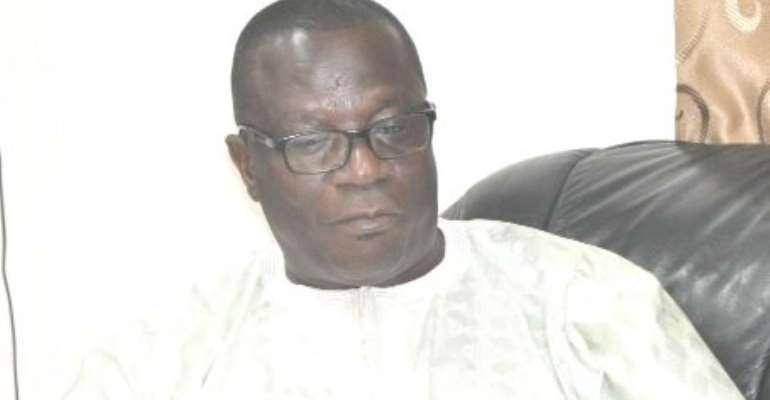 Upper West Regional minister, Amin Amidu Sulemani has observed that the greatest enemy facing the people of the Upper West region is poverty, disease and ignorance.

Delivering his New Year message to journalists in the region he admonished the people not to fight among themselves but rather channel more of their energy towards eliminating poverty, disease and ignorance in their communities

"We should guard against any form of violence as we enter the New Year which incidentally is an election year".

He said the rest of the world especially the country's West African neighbors expect the country to once again to show the way.

"Let us be tolerant of each other’s opinions and idiosyncrasies as we belong to different political divide.

"We should not take for granted the prevailing peace in the country "the minister stated.

Alhaji Sulemani asked the people to resort to dialogue and alternative dispute resolution mechanisms in addressing disputes and only turn to the law courts when that fails.

“Never should we resort to violence", he pleaded.

He said the goal of the Upper West Regional Coordinating Council is to better the lives of the citizenry. This they believed can only be achieved through the support and cooperation of the citizenry.

Alhaji Sulemani concluded by calling on all Upper Westerners to be good citizens and stop all forms of unpatriotic acts and also be dedicated to hard work and peace for a prosperous Upper West region.

There’s no space to admit you into law school – Akufo-Addo t...
35 minutes ago