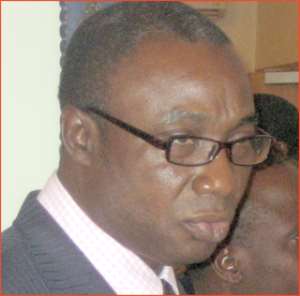 I have nothing and cannot even have anything personal against Dr. Kwabena Donkor But I am inwardly very happy that he has resigned of his post as the Ghana's power minister. At least that shows some seriously in us as Ghanaians.

They say there is no place like home. But, sometimes our leaders make us feel like slaves in our own land. It is very worrisome the current state of Ghanaian politics today. Not only the rulers but the gross ignorance exhibited by a cross section of the populace especially the incurable inclination syndrome to some political parties for which they are always willing to vote not matter the social and economic repercussions.

Ghana for the past few years has suffered a quite avoidably-hazardous economic and social dooms which in my opinion can best be related to either incompetent or a grossly careless governmental administrations. The situation has even worsened in the immediate past years as a result of the heart-attacking corrupt governance and the 'dead goat syndrome' to fighting corruption.

Being a student in the Arab Kingdom of Morocco, this situation has not hit me so badly as in person. But the complains and lamentations of friends and relatives back home in the Republic sometimes leaves me in tears as to where we are heading as a sovereign state for close to sixty (60) years of full and independent governance.

Sometimes this leaves questions in my medulla among which include "Is the black man really less intelligent compared to his white counterpart?"

If no then "why are we living less intelligent lives?"

these are but few of the questions that always pierce me hard that I even sometimes find it difficult to sleep.

Everyone appears to run things their own way when they are being appointed to positions of authority. The final consumption of these careless attitudes and gross incompetence always goes to the less fortunate, the uneducated, the ordinary citizens of Ghana and most especially the rural dwellers.

However things are beginning to change for better as Ghanaians are now beginning to realize the dignity and the liberties as citizens of the country.

The very first time I began to feel proudly Ghanaian again was around the last quarter of 2013 when the then Deputy communications minister Miss Vicky Hammah was fired in broad day light as a result of the rather dramatic incompetence she exhibited in one of her ministerial duties. That really was commendable. It at least showed we are serious as country. We are not jokers!

The second one that caught my attention and for that matter Ghanaian attention was the Hotel lodging saga of the then CHRAJ boss miss Lauretta Lamptey. Her case even deserved some legal action for deliberately/willfully causing financial loss to the state which is an offence and is severely punishable under the constitution of the land. It was quite disappointing though that she was left off the hook just like that; And her firing did not even take an immediate effect. She was fired anyway in the end. That was still commendable. we are not jokers!

The last and the latest 'state red light' as the year 2015 ends has to do with the Power minister; Dr. Kwabena Donkor who upon his appointment somewhere around the beginning of the first quarter of 2015 openly and confidently promised to put an end to the Ghana's incessant four (4) year old erratic power supply which has collapsed countless number of companies and industries with its complementary associated problems of job losses and economic woes of citizens. May be still thought that was the Ghana 'yesterday' where you can say anything and go away with it. Or he probably was thinking a year was a century that would never come until we are grey-headed.

The drama aspect of it was the press statement that released from the power ministry on the 30th December 2015 dramatically announcing and end to the years old erratic power supply. If that was not an insult to the person of a Ghanaian citizen then i don't know what else can be. Well-meaning Ghanaian citizens including the media in general have been on him (Dr. Kwabena Donkor) right from the beginning of the last quarter of 2015; trying to hold him accountable to his promise. But, it was obvious especially as the new Year begins in hours, that he was a monumental failure because the load shedding was still visible even to the blind.

The good came when I saw an article earlier of the 31/12/15 purportedly ordering Dr. Donkor to resign honorably or face firing by the government. And low and behold, he resigned later in the evening of the same 31/12/15.

I don't have anything against Dr. Kwabena Donkor but I think it is a good news he has resigned. We are not jokers!

As a student who is struggling my way through my chosen professional career in the university, I sometimes feel hopeless especially when I compare and contrast what I am seeing over here in the kingdom and what I read about home every day.

I know we are not cursed as a country (Our God is too merciful to do that).

Now what is our problem is my question because we can't expect God to bring down Angel Gabrael to manage our affairs for us. At least, that's why HE didn't fill our skulls with dust. He gave us thinking and reasoning abilities.

Nevertheless, with this pile of events in the past thirty (36) months, at least it instills some kind of hope in me as a Ghanaian citizen that the future is bright for our country and its citizens. I couldn't feel more pride as a citizen.

If you are doing well as a public servant, it is not about verbal expressions that will confirm your good deeds; your good deeds alone is enough to put your head straight anywhere. God bless all those in this category!

I think I have to put a disclaimer to set the record straight that I don’t have anything against anyone, I am not a politician (maybe I will write again to announce if I become one day). So deal with me in that perspective. I have decided to talk because The elders say that “when the long mouth of a dog is insulted, crocodile in the sea equally gets affected” they added that “when you have a rich man in your house, a good aroma is a constant reward Even if you don’t get some of the money to spend” so if Ghana becomes great again today, we shall all celebrate and rejoice. At least, the fingernails also play a weapon role as far as fighting is concern. The barking of the bad ones is not the problem, it is the silence of the good ones which is.

We now live in an era where even outspoken media personnel are now tagged as belonging to political parties especially in our part of the world. God bless our homeland Ghana!

Nigel Giasie strikes with another AFCON revelation
16 minutes ago

Don’t compare E-block to our infrastructural development – N...
34 minutes ago