Do Christian Clergymen Indeed Have the Wisdom of Elohiym They Claim to Have?? - Part 1 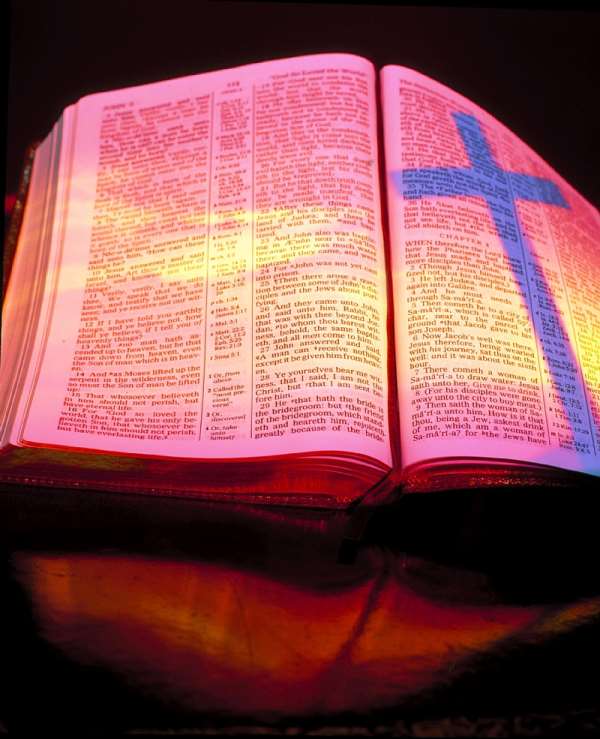 As the year 2015 draws to a close, I am compelled to recollect some issues that I heard about during the course of the year. Some of them edified and gave me hope of better days ahead, while others made me sad, particularly because the people who were responsible for them let me down.

In this article, I have picked two out of the many issues I heard about which made me sad to comment on! These two, although are of same essence, were played out by two different actors and are separated by time and location. My hope is that those who were responsible for them will not stage their recurrence, and that no other persons will repeat them in coming years.

During the year 2015, two very popular Ghanaian Christian clergymen, [may they never be deemed notorious by any unkind or shallow-minded politician], never minced their words in making people aware that they had issues with the sitting president of the country—His Excellency President John Dramani Mahama.

Both clergymen, surrounded by cheering fans, vented out their frustrations about the President on what they judged to be failures in his promise to make Ghana a decent country for every Ghanaian to live in.

Proceeding further, he ranted and raved about tax deductions he had observed are made on his monthly pay slip but without any visible commensurate level in national development; lamenting that it was just too painful and annoying.

The other, took the President to the cleaners for the persistent and the then seemingly forever chronic Dumsor challenge in electricity supply that his government has been grappling with for close to four years.

According to him, the challenge in electricity supply had persisted in the country because of a challenge in wisdom—implying that managers of the country, particularly the President, do not have wisdom to effectively govern it!

Upon examining the statements made by these clergymen, it became obvious to me how many things these commentators have in common as clergymen. The first one the Moderator, and the other the General Overseer, each of them being the topmost head governing their respective denominations!

By the work they do, both clergymen consider the English Bible as their constitution and also their complete instruction for holy living, as does every Christian. But by their utterances in their condemning criticisms of the sitting President and his government, one wonders if their loyalty to this book is genuine at all.

No one, according to the English Bible, should speak evil of or ridicule any leader—whether political, monarch, coup maker, traditional leader, or whatever—since no one gets to be a leader “on the blind side” of the Most High One who in fact is blind to nothing and perpetually rules in the affairs of men—cf. Romans 13:1-7, First Timothy 2:1-3, First Peter 2:13-17!

And yet, these clergymen, by their words, do contrary to the instructions of their own constitution in these verses?? But of course, wisdom is not cheap! Wisdom comes at great cost to very humble and meek people who make strenuous efforts to learn and live by the holy ways of Elohiym.

No one can have a successful and fruitful walk with the Most High One without wisdom, nor can anyone even be considered by Him for leadership in His spiritual affairs without the wisdom and understanding of His ways.

We are instructed that, “Wisdom is the principal thing; therefore get wisdom. And in all thy getting, get understanding”—cf. Mishle (Proverbs) 4:7. We are also taught that “The fear of Elohiym is the beginning of wisdom”—cf. Mishle (Proverbs) 9:10. We are furthermore told to “. . . Fear Elohiym, and keep his commandments: for this is the whole duty of man”—cf. Kohelet (Ecclesiastes) 12:13.

Since Christian clergymen know these verses in the Bible they read, why such a show of lack of wisdom on the part of these two clergymen in violating these verses and those referred to four paragraphs above? Or is the driving force in them the rare kind of courage, boldness, or fearlessness that, at times, blinds people from knowing that the ruler “beareth not the sword in vain”??

For these clergymen to violate verses of their constitution, gives them up as lacking wisdom—the very attribute they accuse their President of being bereft of!! This, to me, is an obvious situation of the accuser pointing his index finger at an accused, only to have the remaining four of his same hand pointing directly at himself! Those who point accusing fingers at others are seldom conscious of their own fingers pointing back at them!! How unfair!

For example, their commemoration of what is termed the Last Supper of the Savior is done as a Sunday Breakfast! Well, that is special wisdom for you—being able to do the impossible by turning a Supper into a Breakfast—exhibited by people who accuse others of lacking wisdom!!

Anyone with the wisdom of the Ivri (Hebrew) Holy Scriptures would know that what the English Bible instructs its readers to do as a remembrance of the Savior’s Last Supper on earth is indeed a reenactment of the Khag Pesach (Feast of Passover?) that marked the liberation of Yisroel from bondage to Mitzrayim (Egypt) on the night before their departure to Yisroel.

By the wisdom of Elohiym that guided Yisroel in his first observance of the Khag Pesach in Mitzrayim, every subsequent commemoration of that event was to be done behind locked doors in private homes and in the evening of a particular day—the fourteenth day of the first month of Nisan (Abib) of the Ivri calendar. And so, Khag Pesach was never celebrated in the Beit HaMikdash in YahuSalem (Jerusalem Temple?), contrary to what today’s supper-turned-breakfast revelers do in their Cathedrals, Chapels, Churches and Temples all over the world; doing so even as a daily, weekly, monthly, and quarterly ritual according to the dictates of clergymen!!

One important teaching of Christian clergymen is that on the death, burial, and resurrection of the Savior. They teach that the Savior died on a Friday afternoon, was buried in the evening of this Friday and that his resurrection was at dawn on the following Sunday! But, obviously, such a teaching is absolutely bereft of wisdom since such a position cannot establish fulfillment of the sign of the navi (prophet?) Yonah—cf. MattitYahu (Matthew) 12:40—which the burial and resurrection of the Savior must fulfill!!

A count of the “three days and three nights” from a supposed Friday evening burial hour needed for the resurrection of Yahushua would neither have ended on a Sunday nor would it have occurred at dawn!! In fact, no being—Divine, malak (an angel) or human—can obtain a correct count of three days and three nights between Friday evening and Sunday dawn! Well, a rare kind of wisdom available to only Christian clergymen seems capable of achieving this!!

You see, the resurrection hour had to coincide with the burial hour if three days and three nights were to be attained! But alas, the wisdom of Christian clergymen is unable to grasp this fact. It must also be noted that no one in the Kingdom of Elohiym is permitted to work on Yom HaShevii—Seventh Day of the Week (Saturday?)—and so the Savior must have completed his hard work for the salvation of mankind before the commencement of Yom HaShevii!!

A lack of wisdom by Christian clergymen regarding the Savior’s resurrection, which happened at the commencement of Yom HaShevii (Shabbat), and which in today’s reckoning would be at 6:00pm of Friday, has led them to mislead their followers to perpetually venerate Sunday as the Savior’s resurrection day and thus despising the holy Shabbat day of Elohiym!

And so, Christians are misled to break the fourth of the Ten Commandments of Elohiym that were written on tablets of stone so as to remain indelible and unchanging—to forever keep the holy Shabbat day of Elohiym!!

No wonder that, after Christian clergymen have shown themselves to be bereft of wisdom concerning their own religion, they hold on to the English name JESUS CHRIST as belonging to the Savior, not bothered that the Savior was born to Ivri (Hebrew) parents who pronounced on him the Ivri name malak GavriEl brought to them from Elohiym seven centuries before the coming of the English race and their language. How could Christian clergymen do this to their followers??

By this little piece of mine, my only intention is to urge my readers to always fear the Most High One by obeying His commands to honor all manner of leaders put in place. For our obedience in this regard gives Him joy so He is able to pour on us His wisdom as promised.

I can confidently say we are in a time of spiritual renaissance when misleading doctrines and practices of Christianity propagated by clergymen will be properly re-taught to enable mankind know the truth by which sinners enter the salvation of Elohiym—in and by the name Yahushua ONLY. Shalom aleikhem.