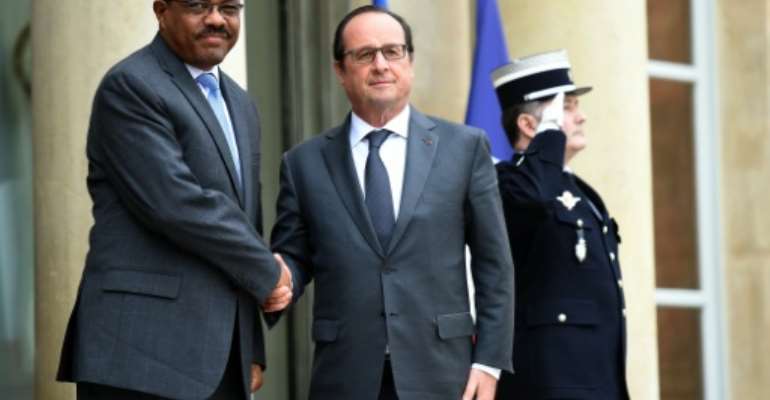 Washington (AFP) - The White House demanded that Ethiopia stop using its controversial anti-terror law to jail journalists Wednesday, in an unusually stark rebuke for a key US ally in Africa.

National Security Council spokesman Ned Price did not name the reporters the United States is concerned for, but he spoke amid a harsh Ethiopian crackdown on dissent.

"We are deeply concerned by the recent arrests of other journalists in Ethiopia," Price said.

"We urge the Ethiopian Government to release journalists and all others imprisoned for exercising their right to free expression," he added.

The White House urged Ethiopia "to refrain from using its Anti-Terrorism Proclamation as a mechanism to silence dissent and to protect the rights of journalists, bloggers, and dissidents to write and speak freely as voices of a diverse nation."

US President Barack Obama visited the Ethiopian capital Addis Ababa, the seat of the African Union, in July, and Washington is seen as close to the government, headed by Prime Minister Hailemariam Desalegn.

But, while admiring Ethiopia's strong economic growth and welcoming its role in peacekeeping missions, Washington has been cautious not to endorse its rights record.

In October, Washington welcomed the release of a previous group of dissident bloggers and journalists, but on Wednesday the White House warned Ethiopia against new arrests.

"The United States has consistently applauded Ethiopia for being a model and a voice for development in Africa," price said.

"But such gains must rest on a foundation of democratic governance and respect for human rights if they are to be sustainable."