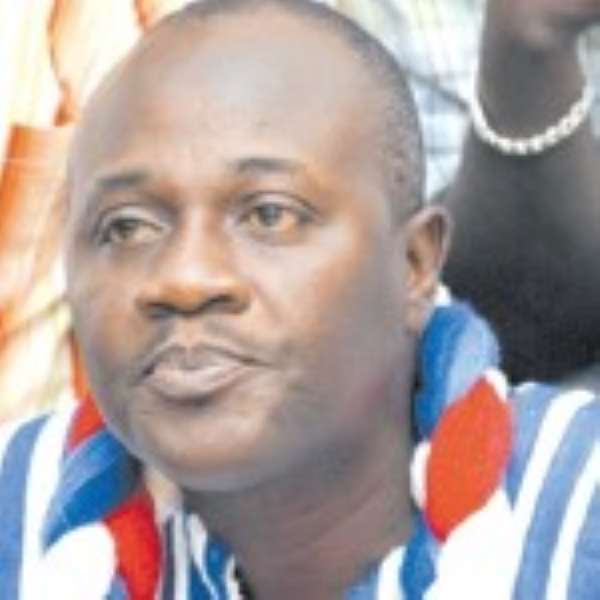 In countries where the military rank of Generalissimo is used, the officer is the commander of the combined military, naval and air forces.  The rank is superior to Field Marshal and the other five – star ranks.

At Sunyani when Nana Akufo Addo named Hon. Dan Botwe as the Campaign Strategist of the NPP in the run-up to the 2016 general elections, I couldn't help but to address him as Generalissimo.  Dan is a trusted friend, a tested and veteran politician, a master strategist, a true patriot and an effective Member of Parliament and above all a gentleman who can dine with the devil if that will bring peace. It was Dan, the then General Secretary of the NPP who worked beyond exhaustion and  human endurance to bring the NPP to power after the party had been in opposition for many years.

Even though guns will not be used in elections of the type that we are about to witness, like war, strategy is the most essential weapon in elections and Dan will not be found wanting.  That is why Dan should direct every resource at his command, every intelligence he has and every necessary weapon of election to the defeat of the NDC, a party that has brought sorrow to our homes.  Generalissimo Dan should adopt covert operations, secret even in success, to dilute the poison that the NDC has planted in the minds of the poor folks in our small towns and villages. As a Generalissimo, Mr. Botwe should effectively lead and co-ordinate a comprehensive strategy to defeat the NDC in such a way that they will not rise again.  Even when the battle was tougher in 2000 when the country was being ruled by a military man who had been in power for more than a decade, Dan rose high to the challenges.

Ghanaians will never forgive the NPP if the party becomes complacent for the NDC to grab power and misrule again for yet another four years.  That is why all national, regional, constituency and polling station executives should put their weight behind Dan Botwe to  lead the onslaught because this particular election is a fight for all who believe in democracy and abhor corruption and thievery as well as incompetence.  The NPP has been put on notice: the party is not immune to infiltrators and moles.  We must fish them out and flush them out from the party before it is too late.

In recent times, meetings which were held secretly were recorded and played on some radio stations to the embarrassment of supporters of the party.  The time has come for the party to define its terms, not to be defined by moles.  In our anger, we have found our moment of courage.  In our grief during the infighting that we experienced recently, we have found hope after the Sunyani Delegates Congress.  Three weeks after the Sunyani Delegates Congress, Ghanaians have seen the state of the party called NPP and it is strong. We must not get tired, we must not falter and we must not fail Ghanaians.  Supporters of the NPP should quickly put behind them all what had happened in the party which led to the suspension of three leading members and remember that even grief recedes with time and grace.  Yes, indeed our grief at what happened in the party turned to anger and anger to resolution.  There are struggles ahead and dangers to face and as such each and everyone should girdle up his or her loins for the battle royal ahead.

I would like to reveal to Dan, the master strategist something which we failed to observe in the 2012 general elections.  The truth is that greater number of our polling agents were not educated enough and the NDC capitalized on that to get what they wanted.  Some of them collected monies from the NDC and looked the other way while the NDC stuffed the ballot boxes with already thump-printed ballot papers.  Don't ask me where they got them because you know Afari Gyan was in control and the Finger of God did miracles.  This time around Dan Botwe should instruct constituency officers to start as soon as possible to scout for Polling Agents who will not compromise.  We need to use TESCON members, lawyers, businessmen and women, Constituency and Regional Executive members as well as retired soldiers and policemen and women who are members of the NPP as polling agents.  Additionally, all former MMDCEs since the party came to power in 2000 to 2008 as well as former ministers and their deputies and former presidential staffers should be roped in to act as polling agents.

General Buhari knew that Goodluck Jonathan and his party had loaded their war chest with huge amount of naira and so this was what he did.  He made sure all the strongholds of Jonathan were manned by Polling Agents that could not be bribed.  Now that the Mahama administration has impoverished the masses, if care is not taken they will buy some of them since they know they cannot find their way at the EC.  When during the Supreme Court election petition Asiedu Nketia said the extra ballot papers found in some of the ballot boxes were “foreign materials” he knew what he was taking about.

And when Sir John, the then General Secretary of the NPP told supporters of the party to wear white clothes and attend churches to thank God because the party had won the 2012 general elections, he based his statement on the results faxed to the party headquarters from all the regions.  He did not know that the NDC supported by the EC were doctoring the results.  Generalissimo Botwe should not leave any stone unturned because the NDC can easily change colours to cheat in 2016.  These are people who are ready to abandon every value except the will to power. Now that we have been able to identify their tricks, though too late, they will surely not use the same trick.  Once a leopard, always a leopard if even you bath it.