Are You Still Considering Aphrodisiac To Better Your Sex Life? 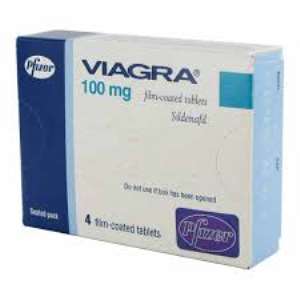 I read in July that , the FDA in Ghana has banned some aphrodisiacs, to be accessed at http://citifmonline.com/2015/07/21/fda-bans-6-aphrodisiacs/ . In the said story, according to citi fm

“The Food and Drugs Authority (FDA) has revoked marketing authorisation permits for the sale and distribution of six vitality herbal medicines for men.The products are Rockman Capsules, manufactured by RockCare Clinic; Angel Natural Capsules by Angel Herbal Products Industry and Tinattet Be4 Be4 Capsules by Tinattet Marketing Co. Ltd. The others are Adom Gentleman Power Capsules, manufactured by Dependable Pharmacy; Laud P Capsules by the Stephen Gyan Herbal Centre and Mars for Men, imported by Joe D.D. Ventures. All the products were found to have been adulterated with Vardenafil, a synthetic pharmaceutical ingredient used in the formulation of prescription-only medicine for the treatment of erectile dysfunction. Vardenafil is closely related in function to Viagra. Ironically, checks by the Daily Graphic indicates that some of the banned sex ‘drugs’ have FDA certification.

But some players in the herbal preparation industry question the move by the FDA saying that unless the certification was fake the FDA had to answer some questions.

The FDA has subsequently served notice to the above-mentioned companies to immediately halt all advertisement of the products and cooperate with the authority to recall those already on the market.

A statement signed by the Chief Executive Officer (CEO) of the FDA, Mr Hudu Mogtari, and issued by the authority in Accra yesterday said the use of Vardenafil might have serious health implications such as cerebro-vascular hemorrhage (bleeding in the brain) which could lead to stroke.

“It could even cause heart attack, palpitation and serious cardiovascular events, including sudden cardiac death,” it said.

Explaining further, Mr Mogtari said the adulteration of the products could also lead to sustained erection and the resultant factor could be impotence.

“Kidney failure, problems with sight and hearing can also not be ruled out,” he said.

He cautioned the public against the continued patronage of the herbal medicines.

Mr Mogtari said the authority had put in place a monitoring mechanism to ensure that the producers, distributors and marketers did not sell the products on the blind side of the FDA.

He also hinted of possible sanctions against the manufacturers and distributors of the six products.

The FDA was also appealing to the public to provide information on persons dealing in the products, as well as others which could endanger public health and safety, he added.

The story actually drew my attention to an article authored by Dr. Geo Espinoza on herbal Viagra titled”

On Lamar Odom’s Tragedy and on ‘Herbal Viagra’http://drgeo.com/on-lamar-odoms-tragedy-and-on-herbal-viagra”

According to Espinoza’s article, Basketball is his favorite sport. He like all levels of basketball: college, professional, Olympic, even high school. Here in New York City, high school basketball is big, and as a result, they praise any high school kid who is really good at the sport and follow their career.

According to the Naturopathic doctor, “One such player is Lamar Odom, who was a high school phenomenon at Christ the King high school in Queens, New York during the late ‘90s. He went on to have respectable a 10-year career on the NBA, although he may be better known to the masses as Khloe Kardashian’s ex-husband. Three days ago, he was found unconscious with white material oozing out of his mouth at a brothel near Las Vegas, Nevada” he stated that, in Today, October 16, 2015 the guy was on life support at a hospital in Nevada.

“Lamar Odom’s story is perplexing, tragic and simply sad. He has had a long history of addiction and substance abuse. What happened on October 13, 2015 that sent him to (what might possibly be) his death bed?”

According to Espinoza, Odom was snorting cocaine before a near fatal fall. He also took 10 tablets of “natural” sexual energy pills called Reload.

What’s scary about Reload is that the FDA issued a warning that this unnatural supplement contains sildenafil (Viagra) hidden in the ingredients list on the label. Did you hear that?

“Cocaine is a stimulant, causes the heart to beat faster and increases blood pressure. That level of stress to cardiovascular system can lead to a heart attack. Combining Viagra with cocaine can tear the body’s main artery, the aorta, which reduces blood to the brain. The overall outcome is often a stroke”.

How big of a problem is the sexual supplement industry?

A very big problem. Virtually 25% or about 300 supplement formulas of sexual enhancement supplements are tainted with either Viagra, Cialis or Levitra.

This is a very big problem for two main reasons according to Espinoza:

1. Taking ED pharmaceuticals unknowingly can be deadly as they cause widening of the arteries. This can be harmless and even beneficial in moderation, but too much can lead to low blood pressure. Excessively low blood pressure stresses the heart.

2. The bad publicity also stains the good players in the supplement industry, those who make legitimate and safe sexual health supplements.

Effective (truly natural) dietary supplements are not event driven; instead, their benefits accrue over time. “Clinically, I notice that it takes about a week or so of daily use before experiencing satisfactory blood flow to sexual organs. A responsible sexual health formula gradually builds stamina, nourishes blood vessels, and improves your production of nitric oxide, which improves blood flow”.

How to spot drug–tainted sexual performance supplements according to Espinoza:

Avoid supplements that claim to make your penis bigger. No dietary supplement does that.

Avoid anything sold in small packets of 2 to 10 pills.

Avoid anything with an FDA warning similar to those found on ED drugs. For example, “do not use with nitrates” or “do not use if you have heart disease or high blood pressure.”

Avoid supplements that promise fast results. No natural agent or combination of agents work that fast.

What should you do?

Buy supplements from trustworthy manufacturers, and do not expect immediate “home runs” when consuming them. Be suspicious of “magic in a bottle” claims. Understand that there is no short cut for improving your sexual health and vitality.

Only by eating nourishing foods, exercising vigorously, making smart lifestyle choices, and consuming high–quality dietary supplements will you earn your results, defy your age, and reclaim the sexual vigor that you once enjoyed.

“Lamar Odom’s grim condition will require a miracle to overcome, I suspect. I wish our hometown basketball star, his two teenage kids and the rest of his family strength during this difficult period” Dr. Espinoza.

So you have read it all! It is the same scenario in Ghana landscape and what the FDA said, so be careful and don’t fall victim to their marketing gimmick!.