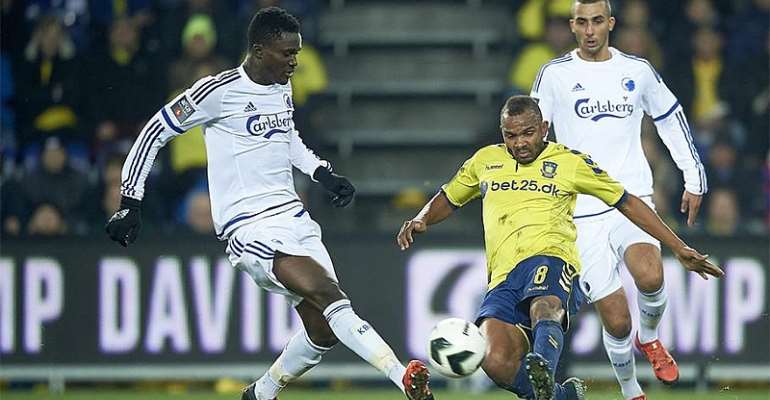 Daniel Amartey is drawing interest from Liverpool and other European clubs

Ghana international defender Daniel Amartey who can also play in central midfield is on the radar of stellar European clubs including Liverpool and Wolfsburg, according to his agent Hasan Cetinkaya.

Amartey was linked to English Premier League side Leicester City and came close to a switch to French Ligue 1 giants Olympique Marseille but the deal hit the snag.

But his performance in the Danish Super Liga has drawn interests from a flock of stellar European clubs including Liverpool, Leicester, Wolfsburg and Bordeaux and his agent has confirmed the interest.

"Many top established European clubs are interested in him. The French clubs are no exception. There are scouts who watch him in every game. Today, Daniel is ready to move quickly to join a club of a higher level," Cetinkaya told Footafrica365.

Amartey, a former Inter Allies defender, has featured in 15 league games for Copenhagen for the first-half of the season.