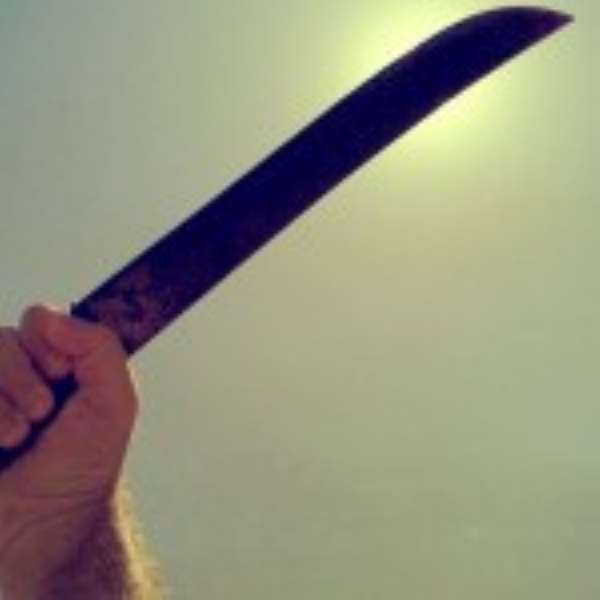 Bargain hunters fled in a mass stampede from the busy mall in Bromley.

Shoppers were thrown into a state of panic after a row broke out shortly before 3.45pm, and were filmed running through the Glades shopping centre.

Cops arrested a man in his 20s who had a suffered a minor head injury and later recovered two knives.

The are now hunting down a suspect who fled the area and who they believe dropped a weapon.

One shopper captured the frantic moment that shoppers fled the Glades shopping centre and posted the footage on Twitter.

The blogger with the handle @HumbleChap then posted video of police officers with a machete after arriving in a riot van.

The Twitter user is heard saying “everyone is running in Bromley you know” as he filmed the stampede.

A Met Police spokesperson said: “Police were called-out at 15.45 after reports of an injured man in Glades shopping centre, Bromley.

“Officers at the scene found a man bleeding from his head.

“The man was in his 20s and had a minor head injury.

“At this stage they believe he sustained the injury as a result of an altercation.

“The injured man has been arrested for affray and has been taken to a south London police station.

“Officers recovered two knives.
“They are seeking a second man who ran off from the scene possibility discarding a weapon.”