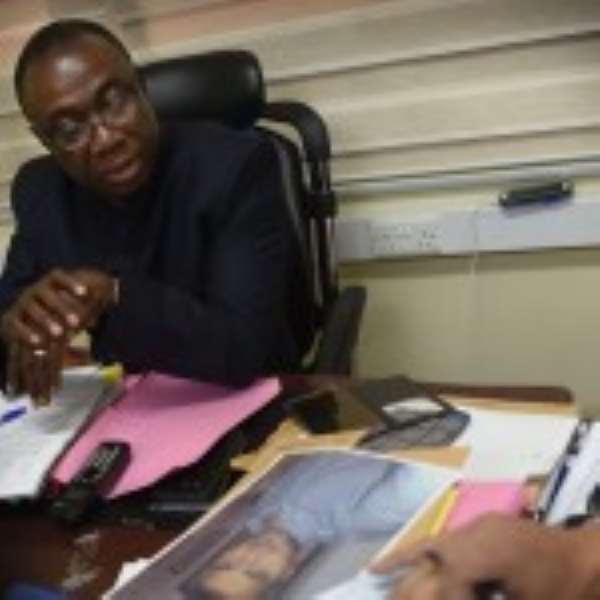 Think tank, Africa Centre for Energy Policy (ACEP) has admonished Power Minister, Kwabena Donkor, to admit he has failed at solving the energy crisis and resign as he promised.

ACEP's admonishing is in reaction to a 99% score Dr. Donkor gave himself in respect of how he has managed the power crisis.

“Resigning would be an honourable thing. If he doesn't makes mockery of any future promises and pledges” Deputy Director and Head of Research at ACEP Benjamin Boakye told Joy News Saturday.

The Minister said on Joy FM's year-in-review show that barring any hitches, Ghanaians should have uninterrupted power supply claiming the ongoing load shedding has ended.

“If you set an exam and somebody gets 99 percent, is it not possible to say the person has done extremely well,” Dr. Donkor had said.

However, Benjamin Boakye says the Minister's comments are disappointing.

According to Mr. Boakye it is clear the minister has failed to improve the power situation.

He insists Dr. Donkor must resign if the load shedding persists beyond December 2015.

“We only have Karpower added to the grid which he didn't do anything about in the first place because Karpower was a done deal. If you look at what he has done, visiting project sites going to visit Engineers and plants and moving around, that one any desk officer at the Ministry of Energy could have done that.

“By 31st [December] he should be accounting for what he has delivered for which he thinks that he should stay,” Mr Boakye said.

I weep for Ghana for allowing Medusa-like head judgement de...
41 minutes ago