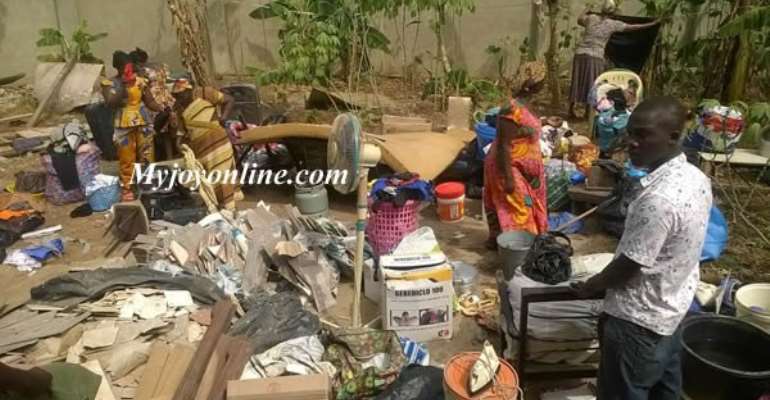 The National Disaster Management Organization (NADMO) says it is concerned residents are still living close to an abandoned quarry that exploded on Wednesday.

NADMO says although it has been advising the residents to relocate, but they are unwilling to do so.

Many buildings were destroyed after explosives at a defunct quarry site exploded. The blast claimed one life and injured over a dozen others.

Eastern Region Director of NADMO, Ransford Owusu-Boakye, told Joy News although his outfit asked residents to move to a safe haven the organisation has created they have not cooperated.

“It’s like the people want to live with their relatives and friends. They are not prepared to move to where we have created for them,” the NADMO director told Joy News reporter Latif Iddris.

Ransford Owusu-Boakye said the site of the explosion still poses significant danger to residents living close to it. There still over 20 containers of explosives at the abandoned quarry, he revealed.

“It takes time for people to understand why you take such decisions. So we are still talking to them,” he said.

He said NADMO is currently focusing on assisting the most vulnerable among the victims of Wednesday’s explosion.

Thirty-eight-year-old Ibrahim Mohammed died after the explosion at the abandoned quarry site at Peabo in the Nsawam Adoagyiri Municipality of the Eastern Region.

Reports say the Welder was in his house when a first explosion occurred and out of curiosity, he got closer to the site where he met his death after a second explosion hit.

Police say they have commenced investigations into blast. Eastern Region Police Public Relations Officer ASP Nketia Yeboah, told Joy News although the abandoned site is registered to store explosives for quarrying police would ascertain if there was any criminality in the fatal explosion.