Fourteen Killed In Heavy US Storms 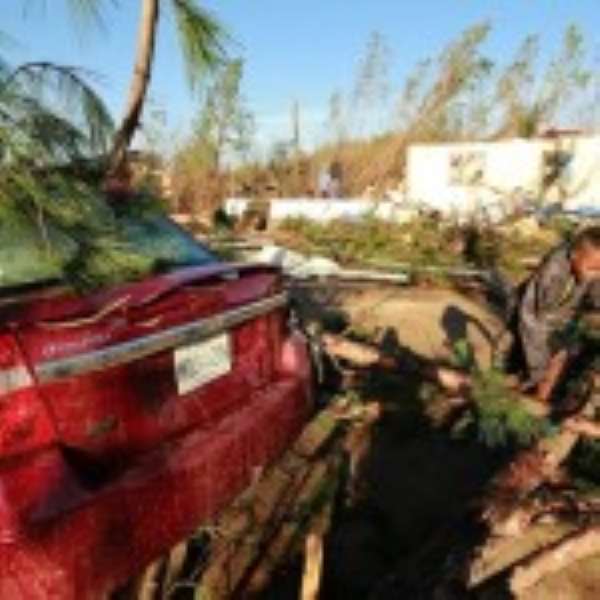 A clear-up has begun after a violent storm left at least 14 people dead and destroyed homes in several US South and Midwest states on Christmas Eve.

Mississippi was worst hit, with seven people dead, while six others were killed in Tennessee.

A seven-year-old boy, who was inside a car picked up and tossed in the storm, was among the dead.

At least 20 tornadoes have been reported, knocking down trees and leaving thousands without power.

Search teams have been combing through damaged buildings in the affected states, the situation complicated by the fact many people may be away for Christmas.

“Santa brought us a good one, didn’t he?” said Bobby Watkins in rural Benton County, Mississippi.

One large tornado reportedly touched land in Mississippi and tore a path more than 100 miles (160 km) long to Tennessee.

A state of emergency has been declared by the Mississippi governor.

In Georgia, the heavy rain caused flash floods and a landslide, jamming roads with traffic.

The threat of tornadoes eased as the line of storms moved east on Thursday, but heavy rain and thunderstorms still caused flooding and travel chaos in Georgia, Alabama and the Carolinas.

The National Weather Service warned severe storms and heavy rains were also possible in Oklahoma, Arkansans, Texas and Louisiana over the weekend in its latest update .

While extreme weather in the US before Christmas is not unknown, meteorologists say that unseasonably high temperatures contributed to the severity of the storm.

A storm on Christmas Day in 2012 which included several tornadoes damaged homes from Texas to Alabama.