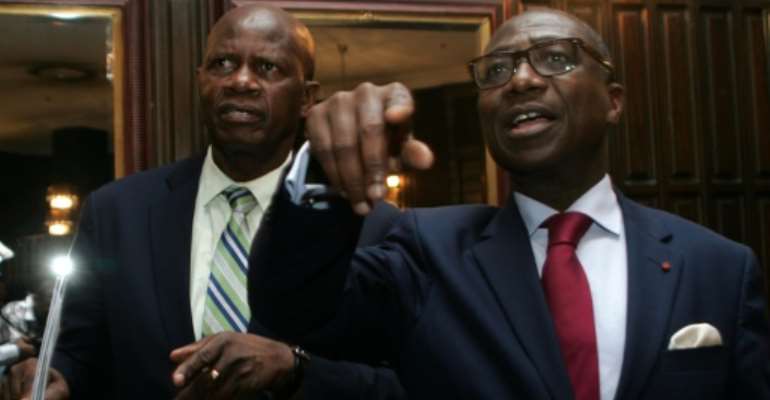 Harare (AFP) - Zimbabwe loosened Thursday the terms of a controversial law that forces foreign companies to cede a majority stake to local investors, signalling an attempt to shore up the country's moribund economy.

Finance Minister Patrick Chinamasa announced significant amendments to the law that had put a brake on foreign investment by delaying when foreign investors would have to sell off a majority of their holdings or even allowing them to escape that provision by paying a fee.

"A non-indigenous business may hold the majority shareholding for a period ranging up to five years except for the energy sector, which can go up to 20 years," said a government statement.

"Existing foreign-owned companies may continue to operate in all sectors of the economy but shall be required to pay an indigenisation compliance levy as a trade-off for non-compliance."

The Indigenisation and Economic Empowerment Act of 2007 law was an initiative by President Robert Mugabe to benefit Zimbabwe's majority black population disadvantaged by colonial rule.

But the law, which compels foreign firms to give 51 percent of their shares to local partners, caused deep uncertainty among foreign business owners in Zimbabwe and scared off prospective investors.

Compliance with the regulation had been slow, despite the January 2014 deadline.

The cut-off date for submitting compliance plans has now been pushed to March 31, 2016.

The ministry said the amended guidelines were aimed at creating "a clear and robust legislation and regulatory framework".

Mugabe has in the past threatened to nationalise foreign companies that refuse to comply.

Zimbabwe's economy has been on a downturn for more than a decade since veteran Mugabe's government oversaw the often violent eviction of white farmers under controversial land reforms.